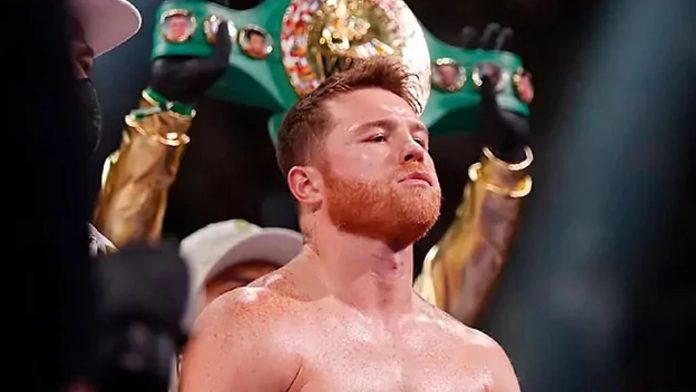 It is pretty common news that the top brass of Golden Boy Promotions, Oscar De La Hoya, and Canelo Alvarez didn’t part each other’s company on exactly good terms. Therefore, it should also not come as a surprise to anyone that the retired boxing legend might have more than a few reservations about the Mexican boxer fighting Dmitry Bivol– his previous conqueror.

In their first match, Alvarez went on to lose the match through a unanimous decision to the Russian boxer back in May. Both of them, at that point, had been competing for the light heavyweight title. In the eyes of the legend, a rematch with Bivol could be a bad idea for the Mexican- unless he suddenly decided to change his trainers to better adapt to the fight.

Canelo Alvarez Vs Bivol Might Not Be A Certainty

In his interview with Boxingscene, De La Hoya stated that if one were to look at the losses that Canelo Alvarez had accumulated throughout his career- there were just two. One was against Floyd Mayweather, and the other was against Bivol- boxers who were exceedingly light on their feet– something Canelo wasn’t.

De La Hoya mentioned that the 31-year-old boxer was quite heavy on his feet, and the only way he would have a shot at beating Bivol would be if he changed his trainers. Now, while some may think that this reaction from De La Hoya could be a result of the disastrous way his relationship with Canelo failed, looking at the matches- one has to agree that Canelo needs some changes.

It still remains to be seen if a match between Bivol and Canelo Alvarez would be in the cards. For, if Alvarez had already won the first time around, the Mexican would have been in a completely different league- having dominated several weight classes already.