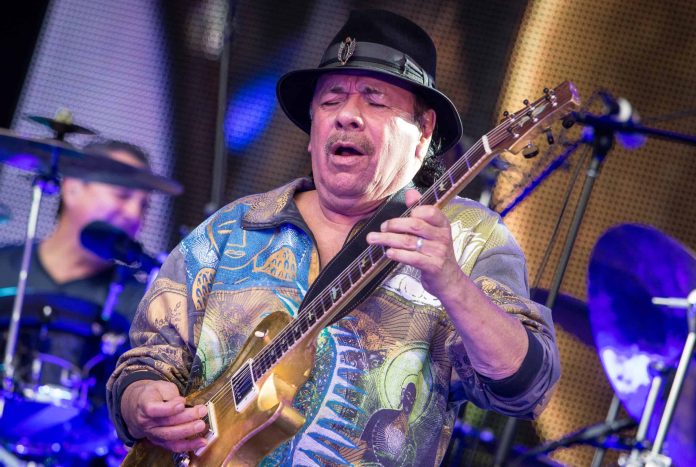 Tuesday night’s performance by Carlos Santana at Clarkston, Michigan’s Pine Knob Music Theatre ended with him passing out on stage. Several social media posts and footage that showed the legendary guitarist waving to fans as he was taken off stage after collapsing went viral. The artist allegedly received treatment right after following his startling tumble.

According to Variety, Santana was singing the song Joy when he sat down on the drum riser and fell backward, some 20 minutes into his performance. After the musician passed out, medical professionals sprinted onto the stage. Although it was later revealed that the guitar legend’s collapse was not due to a significant medical condition. Santana received some water when the show came to a halt, according to a fan video posted on Twitter. Soon after, he has wheeled off the stage. The musician waved farewell to the crowd as he was departing, giving the audience confidence that he was alright.

Carlos Santana Confirms That He Is Fine

The 74-year-management old’s reportedly afterward disclosed in a statement that he was “doing fine.”

Carlos Santana’s management also disclosed that heat exhaustion and dehydration were to blame for his breakdown. However, as a result of the latest incident, Santana’s concert, which was set to take place on Wednesday in Burgettstown, Pennsylvania, has been postponed indefinitely, according to a statement sent by his manager.

As of late August, Carlos Santana still has 21 gigs left on his Miraculous Supernatural Tour before he returns to Las Vegas for his residence at the House of Blues. The guitarist’s health previously raised concerns in December when he postponed several shows in Las Vegas due to an unidentified, unplanned cardiac operation.

Dozens killed in crush at a mass religious event in Israel