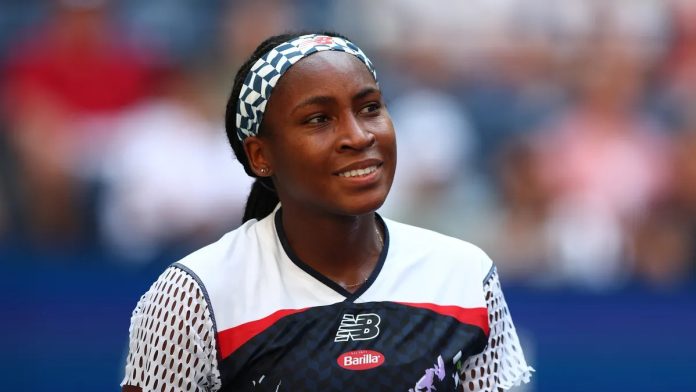 Coco Gauff had a great start as America beat the French qualifier Leolia Jeanjean in straight sets in the US Open first round. The No. 12 reached the French Open Final in May and will now be looking to win her career-best Grand Slam title in her home tournament at Flushing Meadows.

American Coco Gauff Eased Into The Second Round  Of The U.S. Open

Coco Gauff defeated her opponent with powerful attacks, racking up 33 winners in a 6-2 6-3 victory which lasted for almost 79 minutes at the Arthur Ashe Stadium.

The 19-year-old sensation will face either Elena Gabriela Ruse of Romania or Daria Saville of Australia next in New York. Coco Gauff seemed very excited while stating that this was her first win on Ashe among the four matches she has played here.

The young star has shared that she was nervous coming in today but once the match started, her nerves settled down completely she was having a lot of fun. She also said that winning any match makes her day a lot better.

To get a good start Gauff claimed an early break of serve before the next service game where she again defeated Jeanjean, which lasted for almost 12 minutes. Seven more points were required for Gauff to win.

Coco Gauff accumulated an impressive 91% of points on her first serve as she broke Jeanjean’s serve in the opening game of the second set. The 19-year-old has expressed that she was not even aware that she had lost two points only in the first serve.

She confessed happily in an interview that she tries to hit as hard as she can to get in the flow of the game at first. She also said that she has been practicing her serves which helped her to make it this far.

Hailey Bieber Will No Longer Do Interviews About Her Marriage