Home Sports Dennis Rodman Says He Will Not Try To Enter Russia To Free... 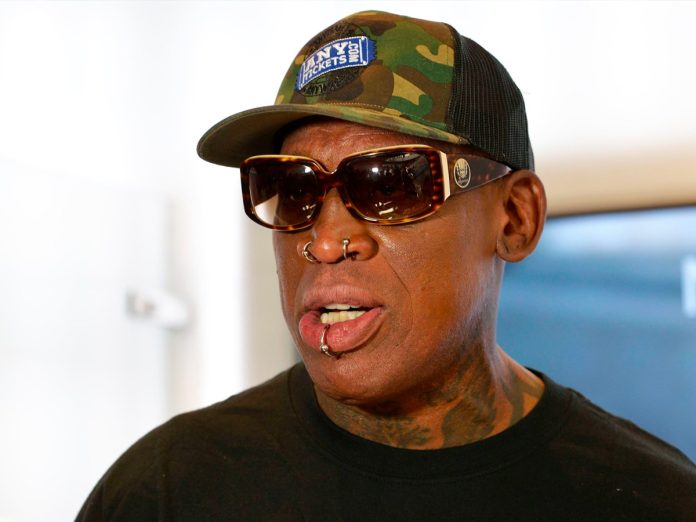 Dennis Rodman, a former NBA player, asserted he had permission to go to Russia and assist in Brittney Griner’s release. After a White House announcement, Rodman changed his mind.

Ned Price, a State Department spokesman, reportedly informed ABC News that Dennis Rodman would not be traveling to Russia on behalf of the American government.

He also added that they believe anything other than continuing negotiations through the established route will likely impede and complicate such efforts to secure the release.

At Sheremetyevo Airport outside Moscow in February, Griner, who had been playing for UMMC Yekaterinburg while in Russia, was detained by the Russian Federal Customs Service. Agents allegedly discovered cartridges for vaping hashish oil in her luggage. According to The Washington Post, she was accused of carrying 0.702 grams, or a “substantial amount,” of cannabis oil. The anxiety surrounding Russia’s invasion of Ukraine increased at the time of Griner’s arrest.

Griner would enter a guilty plea, but she would contend in court that the cartridges were packed hastily and not on purpose. Her defense provided proof in a written statement that she had been given a cannabis prescription to relieve pain. The WNBA star was found guilty on August 4 and later given a 9-year prison term, which President Joe Biden deemed “awful.”

According to Reuters, Russia’s foreign ministry claimed that talks on a prospective prisoner swap for the 31-year-old were taken in “quiet diplomacy” between his nation and the United States. Brittney Griner has appealed.

Rodman, 61, revealed to ABC News that he now intends to visit Russia. He initially claimed he had received approval to travel to Russia to assist that girl. He claimed he was attempting to travel this week.

CityCoins Is Going To Expand Its Services Through 11 New Projects

Hurricane Grace Has Made Landfall On Yucatan Peninsula