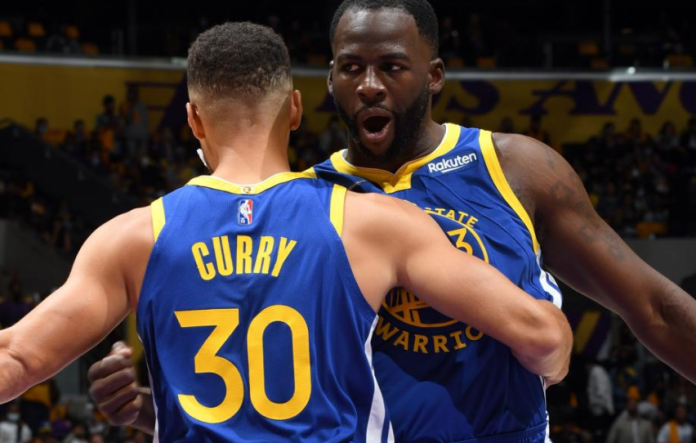 Kevin Durant and Draymond Green had a public feud while they were teammates, and they’re doing it again now.

Given all that Stephen Curry has achieved in his career, it’s surprising that he has never earned an NBA Finals MVP award. Draymond Green sought to clarify why that had no bearing on Curry’s reputation this week, and Kevin Durant didn’t like how he went about it.

Green talked about Curry’s lack of an NBA Finals MVP title in the most recent episode of his podcast. Anyone who believes his Golden State Warriors buddy requires that piece of hardware to complete his CV does not understand how the game works, according to him.

Draymond Green Explained Why Durant Won MVP And Not Curry

One of the reasons Durant was chosen NBA Finals MVP twice, according to Draymond Green, is that Curry got double-teamed a lot more than K.D. Durant replied on Twitter, as he frequently does. Green’s accusation concerning double-teams, he added, is “100% incorrect.” To figure out how many double-teams KD and Curry faced throughout Golden State’s NBA Finals appearances, a lot of game tape would have to be examined. Green’s assertion was backed up by a statement made by Tyrann Lue, the head coach of the Los Angeles Clippers when his team defeated the Warriors in February.

Lue, who became the head coach of the Cleveland Cavaliers 3 times in the Finals when they played the Warriors, said he has such much respect for Curry that he has his teams focus on him even when Durant and Klay Thompson are on the court. Green has no intention of undermining Durant’s accomplishments. Despite this, the two have had several high-profile feuds well over years. He was just arguing that Curry’s failure to win an NBA Finals MVP title in three attempts does not reflect his value to the club.

Ben Affleck And J-Lo Have Made Their Relationship Official