Home Entertainment Drew Barrymore Unveils Why She Quit Drinking In 2019

Drew Barrymore, actress and TV host, shared on CBS that she quietly got sober following her divorce from Will Kopelman.

“I’m going to say something for the first time in a long time: I have not had a drink of alcohol in two-and-a-half years,” she said. “It was something that I realized just did not serve me and my life.”

A clip from her Friday interview with Machine Gun Kelly revealed that after her painful divorce, she went to a Utah treatment facility to change her life, explaining, “I wasn’t doing very well and I just wanted to go talk to some people on how to pull myself out of a hole. I had these two kids I had to fight for and I needed help.”

Drew Barrymore also stated that she had been private about her struggles.

She chose not to speak about alcohol as she thought, “I just want to figure this out and go about this with no public. Let me do this quietly and privately. Now it’s been long enough where I’m in a lifestyle that I know is really working for my little journey. And there is so much peace finally being had where there were demons.”

Drew Barrymore’s sober journey has played out over decades.

As a child artist, the ET star would go out partying with her mother, Jaid Barrymore.

In 1989, Barrymore, 14, detailed to People magazine how she had her first drink at 9, smoked pot at 10, and started using cocaine at 12. By 13, she had twice gone drug rehabilitation treatment. She detailed her struggles, including relapsing, in her book Little Girl Lost, which came out the following year. 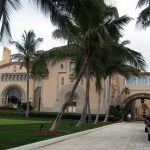 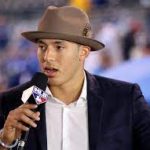