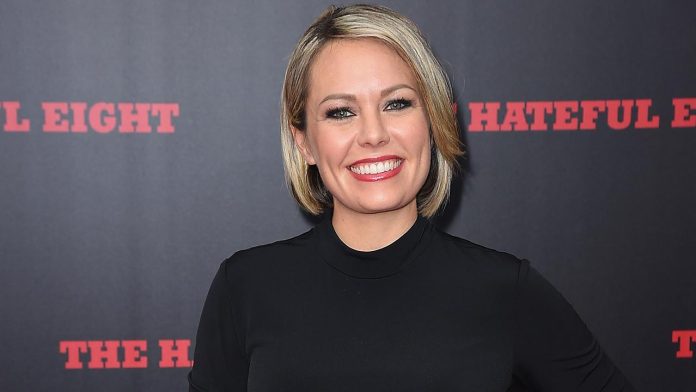 Dylan Dreyer, the host of the Today show and a meteorologist, bids the weekend crew farewell in a snowy manner.

Dylan Dreyer Wants To Spend More Time With Her Sons

During the weekdays, the 40-year-old mother of three will continue to co-host the “Today” show’s third hour alongside Craig Melvin, Al Roker, and Sheinelle Jones. She also presents the NBC show “Earth Odyssey with Dylan Dreyer” and the Sirius XM podcast “Off The Rails.”

Dreyer said she wants could wake up at her own speed on her first work-free Saturday when asked what she plans to do. She noted her busy weekends at home.

Dylan Dreyer and her husband Brian Fichera’s third child Russell James Fichera was born six weeks before his due date in September. Calvin, 5, and Oliver, 2, are their two oldest boys.

The mother of three has been candid about her challenges with secondary infertility, which is defined as the inability to conceive or bring a second child to term after giving birth.

Dreyer and Fichera were having problems conceiving again after having Calvin and planned to pursue in vitro fertilization. The couple spoke openly about their pregnancy journey on “Today” and in Dreyer’s personal essay, stating they wanted to break the stigma by sharing their experience.

“All I want is for people to know that I’m going through it as well,” she explained.

With a video montage of Dylan, Morgan Radford and Peter Alexander offered Dylan a heartfelt send-off from Washington, D.C. Dylan also signaled the end of her weekend stint by covering one more blizzard.

“It’s been the unluckiest season I’ve ever had!” | Timo Werner on his disallowed...

Joe Manchin Gets $1 Million From Wall Street, Energy Giants, And Patriots Owner For...

You Need to See this stock? Marathon Digital Holdings, (MARA)

Marathon Digital Holdings, (MARA) observed an average volume with 0.056K shares and exchanged 313181 shares on hands in most recent trading...

Snap Inc. (SNAP) traded 90441 shares on hands in most recent trading session and observed an average volume with 0.0051K shares. The...