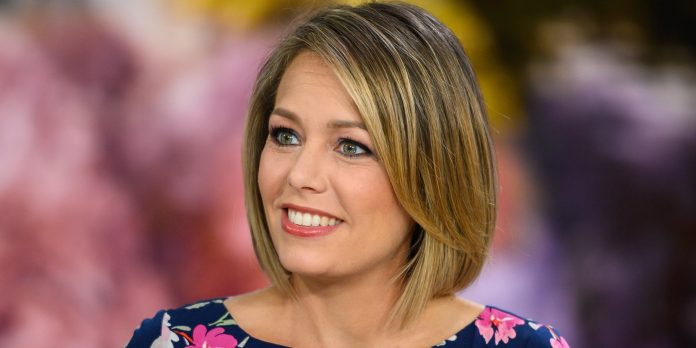 Dylan Dreyer is a meteorologist who works at NBC and sometimes appears on Today. Recently her family was in the grasp of an RSV. Her life took an absurd turn.

Just before Halloween Dylan’s son Oliver 2 years old got into a pool accident while he was in his swimming lesson class. Oliver supposedly has inhaled a lot of water causing him suffocation. Anyone would cough badly if they inhaled water, gasping for air cause a bad sound when coughing. This cough becomes a matter of concern when it stays longer than usual.

That’s exactly what happened with Dylan’s two-year-old, they had rushed to the ER two days after the incident at the pool took place. The doctors literally tested the toddler for everything. His fever wasn’t coming down, and the cough was getting bad. And the test came positive for RSV. Oliver’s struggling breathing was unbearable to his mother Dylan Dreyer, later doctor find out he has an ear infection with a fever of 102.

However, the trouble doesn’t end there, Dylan Dreyer and her husband were concerned about their 13th-month-old baby, who was at risk of getting affected by that virus, and their fear turned out to be true. The virus caught 13 months old Rusty too, his lungs were making a wheezing sound, and he too ended up with an ear infection and a 102 fever. That poor guy needed an inhaler to breathe a little better.

It was a very difficult time for the Dreyer family, those two kids were unable to sleep at night and coughed waking up the other two. They suffered through restless nights, things started to get better after a few days, as a mother it was hard for her to even witness the suffering. Dylan Dreyer advised all the people to be conscious when the symptoms start to show up.

Justin Bieber Really Wants To Be A Dad!

BitConnect’s Indian Founder Was Charged With $2.4B By The DOJ.

Jennifer Garner Gives A Tiny Instagram Update Of Her Family