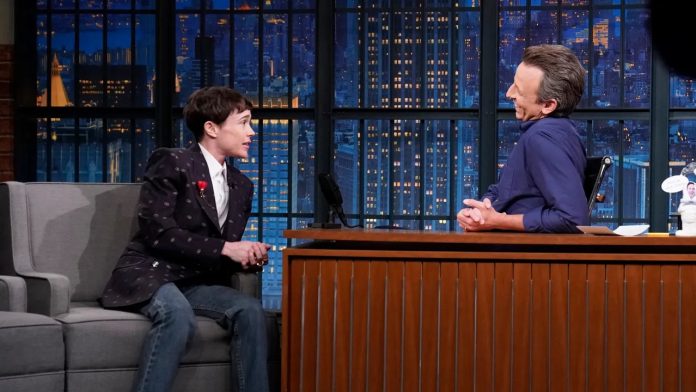 Elliot Page is one of the most successful actors at the moment. He has appeared in a number of popular shows so far. His latest endeavor is “The Umbrella Academy” on Netflix. The show has garnered a lot of praise among the fans. The actor has been appreciated a lot by the fans. In a recent interview, Elliot was asked to detail to the audience about her role in the series. He stated that his character would undergo a transition in the series.

While speaking to Seth Meyers, he stated that the latest installment of The Umbrella Academy was a crucial point where she matured as an actress. Page said that his on-screen character underwent a huge transition in season three. Page was known as Vanya in the initial seasons of the show. However, in the third season, the actor went by the name Viktor.

Page said that before the start of the season, Elliot Page met with Steve Blackman. Both of them seemed very excited to take up the challenge. Let us learn more about the story in detail below.

Elliot Page has stated that his character, who went by the name Vanya, has been transformed into Viktor. The fans also stated that they liked the transformation very much. The entire storyline has been appreciated significantly.

Elliot Page was asked about how he reacted to the negative reviews. He stated that he did not usually pay attention to any negatives in her life. Page wanted to stay positive and move on with his life.

Amouranth Talks About Being In Danger At Home

Lyle Lyle Crocodile Has Earned $575k Only In Previews