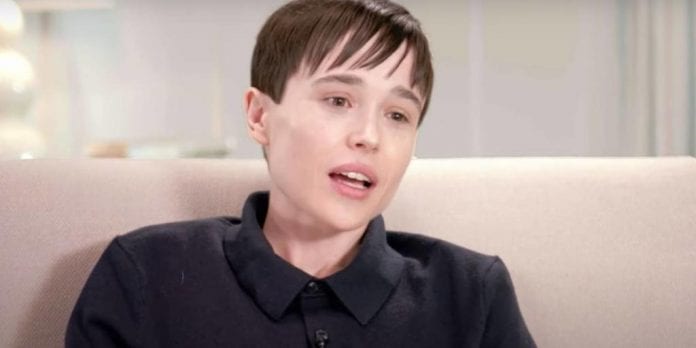 Elliot Page had revealed his gender to be a transgender male last December. He recently gave an interview with entertainment outlet Vanity Fair on the defining moment and other moments since then.

Elliot Page Found It To Be Freeing

Elliot Page, of Juno fame and 34 years of age, claimed that he always knew his exact identity. As such, months after his public reveal of the fact, interviews have slowly shown how his life was until he managed to be free. In the recent interview, he explained how he was always aware of the fact.

The actor said that he has seen every trans-people to be very different and that his story is uniquely his. However, he also stated that he knew 100% that his gender was male even when he was as small as a toddler. He used to write and sign pretend love letters “Jason”. He continued that in every single aspect of his life, he knew himself to be a boy.

Elliot Page then recalled how he failed to understand being told otherwise. It is a feeling, he said and only now is he getting back the feeling of being who he is. To him, it is extraordinary and beautiful but also carries a tinge of grief.

The actor agreed with the interviewer’s description of trying to connect again with his childhood self. Elliot Page said that he received waves of himself for certain ages. As such, he finds himself trying to hold on to those waves of selfhood as warmly and tightly as he could.

He also talked on the subject of the current state of transgender rights in a few states. He had received amazing support when he had come out. However, he also thinks that he has this privilege on the back of many sacrifices, and thus it is his duty to figure out a way to propel it onward.