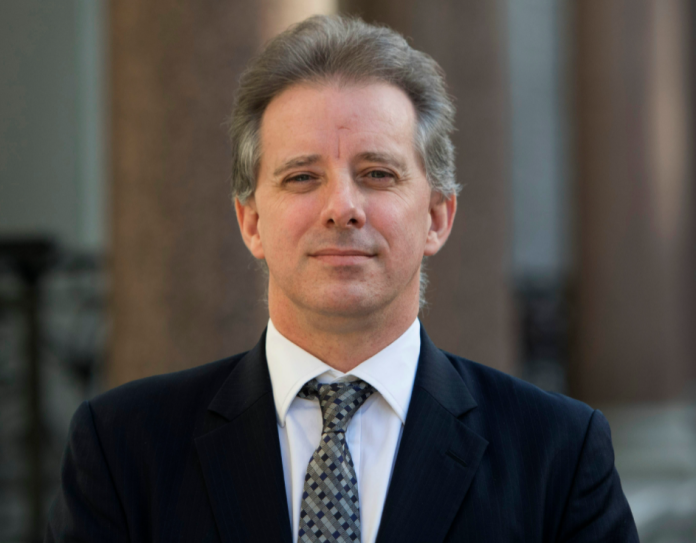 According to testimony given on Tuesday by a senior FBI researcher, the FBI promised former spy of Britain Christopher Steele “close to $1 mn” to support the damning claims in his investigation against Donald Trump.

The monetary offer was presented at a conference overseas in 2016’s Oct between Steele as well as a slew of senior FBI agents who were attempting to support Christopher Steele’s allegations that the Trump team had colluded with Russia would win the presidential election.

Christopher Steele was never given the money, according to testimony from FBI supervisory analytical researcher Brian Auten, since he was unable to “substantiate the accusations.”

During that encounter, according to Auten, Steele declined to offer the FBI any information that would have supported the allegations in his bombshell dossier, as well as refused to reveal the identities of any his informants.

Igor Danchenko, a key source for Christopher Steele’s dossier, is being sued by counsel John Durham, and Auten were testifying in his jury case. Danchenko has entered a not plead guilty to 5 charges of misleading the FBI on where he got a portion of the data for such dossier. There at federal courtroom in Alexandria, Virginia, his trial began on Tuesday.

In an unprecedented step for a counsel and senior US attorney, Jon Durham, a Trump-era investigator who is probing for malfeasance in the FBI’s influence in  Trump-Russia probe, conducted the majority of the in-court argument on Tuesday and personally interrogated Auten on the witness box.

Authorities said in their opening comments that during his interview with FBI in Jan 2017, when agents were frantically attempting to “conﬁrm or deny” the specifics of the Trump-Russia dossier, Jon Danchenko “manufactured a source” and “hidden a source.”

Should You Observe this stock? Faraday Future Intelligent Electric (FFIE)

Faraday Future Intelligent Electric (FFIE) exchanged 49459240 shares on hands in most recent trading session and observed an average volume with...

VOLATILITY ANALYSIS: Volatility remained at 6.24% over last week and shows 7.33% volatility in last month. VOLATILITY is also measured by...

VOLATILITY ANALYSIS: Volatility remained at 27.38% over last week and shows 20.43% volatility in last month. Market risk that established with...