The International Swimming Federation has approved a new regulation prohibiting most transgender athletes from competing in top women’s aquatics competitions.

The new “gender inclusiveness” policy was accepted by FINA’s international governing body on Sunday after 71.5 percent of FINA’s member federations voted in favor at the FINA Extraordinary General Congress 2022.

According to the new gender inclusivity policy, male-to-female transgender athletes will only be able to compete in FINA events in the women’s divisions if they change before the age of twelve or before reaching stage two on the Tanner Scale of puberty.

Athletes who have used testosterone as part of female-to-male gender-affirming hormone therapy will only be allowed to compete in women’s tournaments if the testosterone was taken for just under a year in total, and the treatment did not occur during puberty, and testosterone levels in serum have returned to pre-treatment levels. On June 20, 2022, the policy will take effect.

It has announced that it will form a new working group to design open category competitions for athletes who do not fulfill the governing body’s qualifying standards for men’s or women’s divisions as a result of the decision.

Swimming, open water swimming, diving, water polo, artistic swimming, and high diving are all overseen by FINA. The International Olympic Committee (IOC) issued its Framework on Fairness, Inclusion, and Non-Discrimination based on Gender Identity and Sex Variations in November 2021. It stated that no athlete should be disqualified from competition based on the assumption of a gender advantage, and rejected the notion that a testosterone proxy was sufficient to disqualify a woman from the women’s category.

Caretaker PM: Lebanon is days away from ‘social explosion’

Corporate Tax Rates Might Be Increased By The Democrats

Carl Lawson To Miss Entire Season Because Of Ruptured Achilles 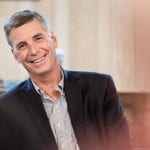 Representative Tom Rice, a hard conservative who tried to oust former President Donald J. Trump for inciting the Jan. 6 attack on the Capitol,...

At a time when the Republican Party's leadership is destroying democracy, ignoring the climate crisis, attempting to overturn Roe v Wade, disputing a minimum...

Coterra Energy (CTRA) exchanged 43971682 shares on hands in most recent trading session and observed an average volume with 10465.88K shares....