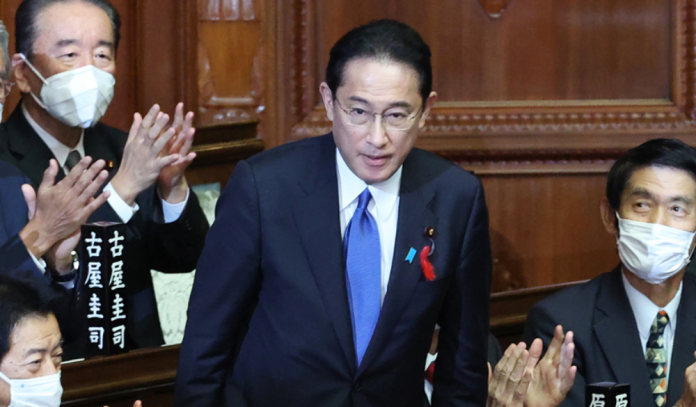 Fumio Kishida was confirmed as the new Prime Minister of the world’s third-largest economy. It signals continuity of Japan’s security policies and diplomacy as both the defense minister and the foreign minister are to be retained.

The Japanese parliament elected Fumio Kishida as the new prime minister on October 4. He will be tasked with immediately tackling the COVID-19 pandemic and also the security challenges before the national elections.

Fumio Kishida replaces Yoshihide Suga, who resigned along with his cabinet. The new prime minister will be sworn in at a palace ceremony.

Yoshihide Suga’s resignation came after only a year as his support base plunged over the government’s handling of the pandemic, and also his insistence on going ahead of the Olympics even as the pandemic spread.

Fumio Kishida is a former foreign minister and was viewed as a dovish moderate. But there appears to have been a shift towards a more hawkish image as he tries to win over the influential conservatives in his party.

The new prime minister has entrenched himself firmly within the conservative establishment. His victory within the party is a signal of stability and continuity over change.

The 18 other cabinet posts under the former prime minister will be replaced. 13 of the new appointees will hold ministerial posts for the first time. Most posts have been bagged by powerful lobbies that voted Fumio Kishida to power. Only three women have been included in the cabinet.

Fumio Kishida For A Strong Democratic Alliance To Counter China

Fumio Kishida has batted for strong Japan-US security ties and with other democratic nations, partly to counter the emerging threat of China and North Korea. He will have to fortify the health care system in anticipation of a surge in the pandemic during the winter. He will also have to better ties with South Korea over abuses during the Second World War.

Oscar Nominations 2021 Is Up After A Two Month Delay