Viewers always have to confront life-threatening situations at the finale of each season of Grey’s Anatomy. This time it has been more so in the medical drama from ABC as Owen hurtles down a cliff trapped in his car in the last seconds of the final episode.

The crash has left us guessing about Owen’s fate. The final scene comes right after a theme with a Christmas flavor took a turn for the dark side as Schmitt loses a patient. He had led the operation that was done under the newfangled method of endowing residents devised by Dr. Webber. He had not waited for an attendant before going for a dissection.

Bailey tells a shocked Webber that he has to bear responsibility for the loss. It marks the probable end to the teaching trial in Grey’s Anatomy.

Grey’s Anatomy Ends With The Premonition Of A Tragedy

In the main storyline in this episode of Grey’s Anatomy, Megan refuses to leave her son’s bedside. Farouk has been under ECMO. Megan is unable to deal with the difficult situation confiding that her life ends with Farouk. She says that if he fails to make it through, neither would she.

Luckily there is a call about a brain-dead child from Tacoma. He is an exact match for her son. Hayes, Teddy, and Owen set off in an SUV to bring back the donor’s heart. En route, Hayes tells Teddy and Owen to support Maggie get over her depression.

On their return journey, we see Teddy sitting with the chiller containing a healthy heart. And then the driver passes out suddenly. Owen makes an attempt to gain control but the car tips over. It ends up in a deep ditch, landing precariously.

The three try to move out of the car as it gradually slips down. Owen is convinced that the driver suffered a heart attack. The episode ends with Hayes on solid ground and Owen slipping across the cliff.

Lee Min Ho In A Relationship With Yeonwoo?

G7 Summit: A look at the United States and China relationship and other key...

California has given more direct assistance in the form of stimulus checks and other relief to residents than any other state. It has already...

Republicans Realize Bringing In Herschel Walker Was A Blunder For Georgia Senate Race But...

With the Georgia Senate race closing in, the Republican camp realizes that they have to keep in step with Herschel Walker despite his antics....

After leading his party through several months of arduous negotiations, Joe Manchin crawled out of all climate provisions in a planned spending bill. He... 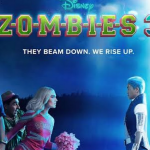 ‘Zombies 3’ Makes It Hard To Get Fired Up

"Zombies" overcame its strained cuddly-zombie premise to become the most unexpectedly pleasing, augmenting its themes of bigotry and acceptance with best-in-class songs. Given that,... 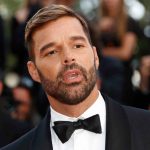 Ricky Martin never had “any kind of sexual or romantic relationship with his nephew,” a lawyer for the singer said Friday as his client...