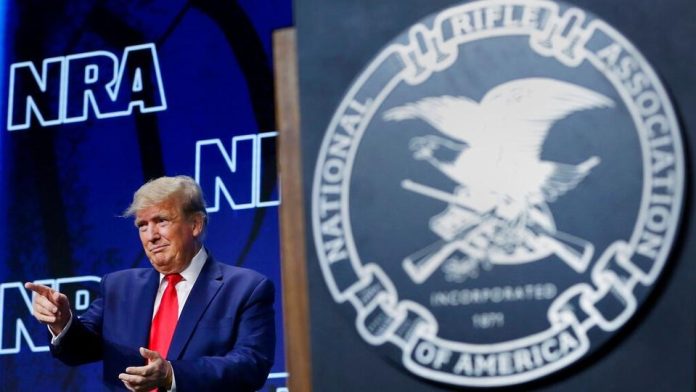 The former President of the country, Donald Trump, and several other leaders of the GOP went on to reject any sort of Gun reforms at the NRA Convention. Not just that, they also ended up mocking those Democrats and activists that had been calling for change at the National Rifle Association’s annual convention on Friday. The gathering took place this weekend in Houston, Texas- which stands around 280 miles east of Uvalde, where 19 children and a couple of adults were killed by a gunman on Tuesday.

The NRA convention was quite shifty when it came to the entire approach of the cops that were supposed to deal with the issue of the school shooting. Rather, the entire convention focused on ridiculing the gun reforms that most Democrats and Human Rights Activists were proposing. In fact, their mistakes, and the ramifications of proposals that would place more teachers and armed police in schools, were completely forgotten at the convention.

Interestingly, Governor Greg Abbott had decided to cancel his planned appearance at the NRA convention and instead sent a pre-recorded video that went on to ridicule the gun reforms- just like everyone else at the forum. He stated that there were thousands of laws in the Constitution that would decree the entire school shooting tragedy to be illegal- but it didn’t stop people from committing evil acts.

Donald Trump went on his own diatribe, where he stated that the best way to deal with such tragedies was to establish schools with a single entryway where armed guards would be stationed. Rather than actually focusing on gun reforms, the Republicans had devised a method that was quite narrow-minded.

Stocks: 2nd half of June is one of the worst stretches of the year:...