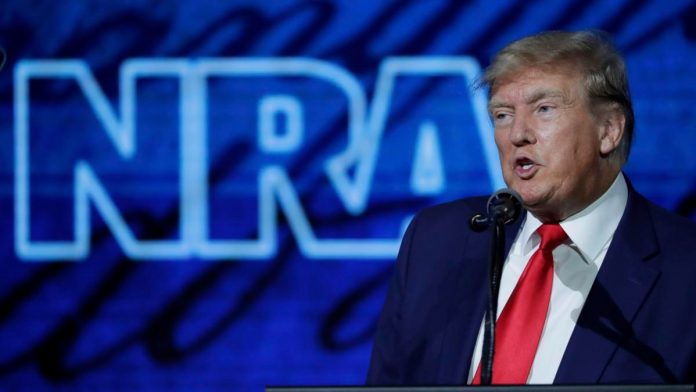 The NRA forum has seen quite a few key Republicans pulling out, in the wake of a horrific school massacre due to the indiscriminate gunfire. After all, even the most pro-gun politicians in the state of Texas would hesitate from aligning themselves with a forum that has been the subject of much criticism and ridicule throughout the nation. Governor Greg Abbott, and Lt. Gov. Dan Patrick, both hardcore Republicans, decided to cancel their expected in-person appearances at the National Rifle Association Institute for the leadership forum on Friday.

NRA Forum To Be In Session Despite School Shooting Massacre

Nevertheless, the Governor of Texas will still be sending a pre-recorded video to the NRA Forum. Also, it is being understood that the former POTUS Donald Trump and Senator Ted Cruz will still be in attendance for the event. For the unaware, Ted Cruz was in the spotlight because he went on national television and accused the Democrats of politicizing the death of 19 children and a couple of teachers in the mass school shooting that took place in Uvalde, Texas.

It goes without saying that the plans of instituting the NRA Forum were quite heavily criticized by most of the gun reform activists and the local political leaders from the Democratic end as quite disrespectful to the victims involved in the tragedy. Also, while the Governor of Texas will be pulling out of the meeting, there is no indication that any of the laws would see any form of change whatsoever. With this being a core platform of the policy of the Republican Party- it is unlikely to see any change.

It is quite ironic that while the Republicans have been habitually criticizing the Democrats for their calls for gun control, most of them still support the NRA Forum. Incidentally, it is in itself a highly politicized body that did spend quite a few decades radicalizing the GOP on guns- along with tearing down most of the moderate firearm laws in the country.