Home Top Stories Halle Berry Feels The Love Of “Catwoman” After Years Of Carrying The... 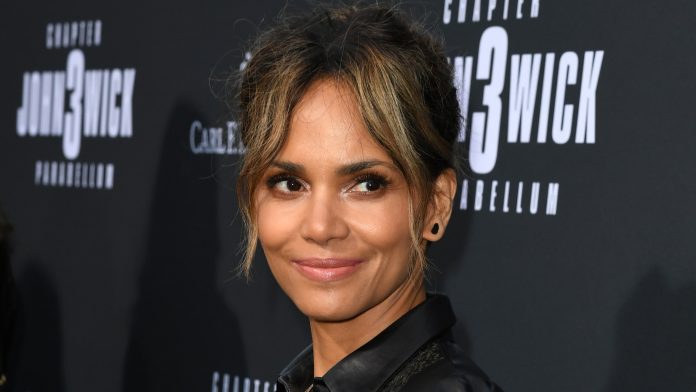 Halle Berry appeared on the Jimmy Kimmel Live show on Monday and reflected on the fact that she is finally getting some love for her 2004 film, Catwoman.

It was a box office bomb and a critical failure, but Berry says that while it seemed like pretty much everyone was disappointed in the film, she actually felt the opposite.

Halle Berry Had Worked Hard For Her Role In Catwoman

Halle Berry stated that she worked really hard to be Catwoman and had to learn capoeira. She did all the work that was needed. The saddest part, according to her, was that she did not direct the movie, nor did she produce or write the plot. She was just the actress in the movies and for all these years she had carried the weight of the failure of that movie. She somehow felt that it was her fault entirely and she had been carrying that baggage.

The conversation started after host Jimmy Kimmel pointed out a Tweet that Berry posted in late October, after she started randomly getting love from people who were discovering, or re-discovering, Catwoman and praising Berry’s performance.

When these praises came up Berry replied to them as it gave her a chance to stick it back to them.

Catwoman was nominated for seven Golden Raspberry Awards, given to the year’s worst films. It won four, including Worst Picture and Worst Actress for Berry, and with a Best Actress Oscar already in her possession from 2001’s Monster’s Ball, Halle Berry was a great sport and actually showed up to accept her Razzie award.

Elba and wife, recovering from coronavirus, to help others

Stimulus Check 2022: Can You Still Apply For Your EIP?

Is this stock is Attractive? Bed Bath & Beyond (BBBY)

Bed Bath & Beyond (BBBY) exchanged 138099 shares on hands in most recent trading session and observed an average volume with...

KE Holdings (BEKE) exchanged 292289 shares on hands in most recent trading session and observed an average volume with 0.0707K shares....

VOLATILITY ANALYSIS: Volatility remained at 3.72% over last week and shows 4.48% volatility in last month. VOLATILITY is also measured by...

VOLATILITY ANALYSIS: Volatility remained at 3.70% over last week and shows 4.20% volatility in last month. Market risk that established with...