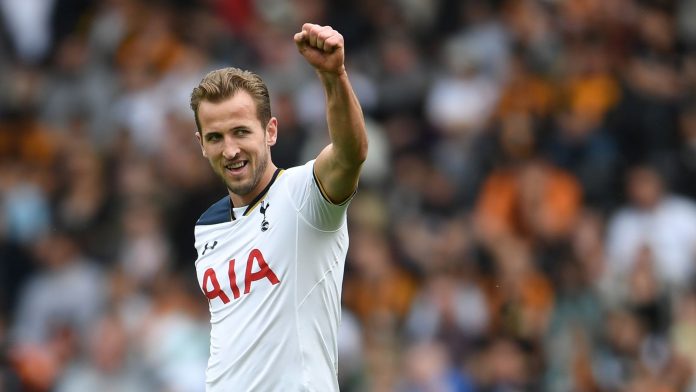 England captain Harry Kane scored his 50th international goal on Tuesday by converting a late penalty in Munich in a 1-1 Nations League draw with Germany.

Germany broke the deadlock when Jonas Hofmann fired the hosts ahead at the Allianz Arena, but Harry Kane leveled from the spot with two minutes left.

Germany defender Nico Schlotterbeck stumbled into Kane in the area and the penalty was given after a VAR review.

“I had a couple of early chances and thought it could be one of those days.”

“It’s good to get the goal and it’s just a shame we didn’t nick it in the end,” added Kane, who had earlier been denied by a superb Manuel Neuer save.

Gareth Southgate’s side remains bottom of Group A3 after losing 1-0 to Hungary in Budapest last Saturday.

Germany, who visit Hungary on Saturday, are a point above them in third as the Germans’ coach Hansi Flick extended his unbeaten run to 11 games, dating back to September.

“It’s bitter to concede the equalizer — extremely stupid,” Hofmann told ZDF. “But we created good chances and it was a decent performance.”

Germany, playing in the shirts of their national women’s team, twice breached the England defense in the first half without reward.

Thomas Mueller lobbed the ball over England goalkeeper Jordan Pickford, but the whistle had already gone after an injury to Kalvin Phillips, who was replaced by Jude Bellingham.

Hofmann then broke clear and fired past Pickford, but after a VAR check, the effort was ruled offside.

Neuer, who captained Germany for the 54th time to overtake 2014 World Cup-winning skipper Philipp Lahm, made a reflex save to deny Bukayo Saka.

England and Harry Kane struggled to get the ball into the box, especially in the first half, when Kane was closely marshaled by the German defense.

Germany was finally rewarded for their pressure early in the second period.

Joshua Kimmich split the defense with a pass into the feet of Hofmann, who drilled in a shot that Pickford could only get a glove to.

Only a fine stop by Pickford prevented Mueller from marking his 114th international appearance with a goal.

Neuer again came to Germany’s rescue with another excellent save from Kane’s close-range effort.

January 6 Committee Sends Out Second Round Of Subpoenas