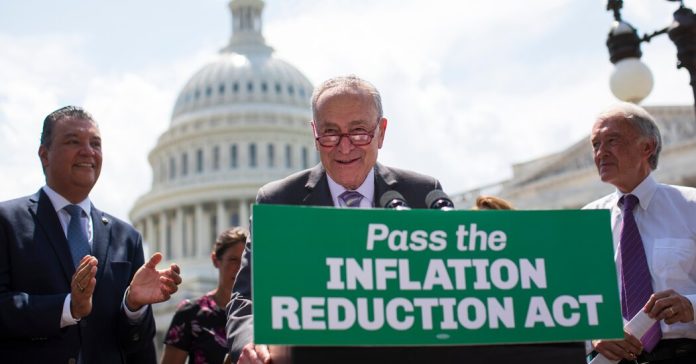 The Democrats in the Senate went on to steel themselves on the night of Saturday for a long slog of GOP sabotage attempts as they move towards getting their Healthcare Climate Tax Bill.

The upper chamber went on to kick off a vote-a-rama just before midnight on Saturday, which then initiated a process where any senator would have the power to force through an amendment vote. As of the early morning on Sunday, the senators went on a vote about a lot of potential changes- but at an extremely glacial pace where none of the tweaks seemed to work or gain approval.

The Democrats were quite unified in their attempts to defeat the Republicans and their efforts to force through multiple tough votes. They were also hoping to ward off any and all changes that would potentially endanger the fragile coalition that needed to get through the legislation with a simple majority later on Sunday.

Senator Joe Manchin stated that he would be voting against every single amendment, even if they looked great because no one will ever vote for it. He further mentioned that he would be voting against them because he wanted to protect the integrity of the Healthcare Climate Tax Bill that they had already come to an agreement on after working tirelessly.

This voting debacle came several hours after all the 50 Democrats had voted to begin their debate on the package, with absolutely unanimous opposition from the Senate Republicans. It was then Vice President Kamala Harris went ahead and broke the tie after the vote was held open for over two hours.

Throughout the day, a lot of the party-line proposals survived tests that would have previously determined what could essentially stay in the legislation without bringing in the question of a filibuster. The Medicare portions of the prescription drug reform plan could still find themselves included in the Healthcare Climate Tax Bill.