Josh Duggar, the popular American TV personality has come to the forefront yet again. It is due to a comment that he made on one of the pictures of his sister, Jessa Duggar Seewald, in the year 2013. The comment was uncovered by Reddit. People are saying that it provides a creepy angle to the story of him considering that he stands accused.

Josh Duggar, Not A “Protective Brother”

The 33-year-old media personality stands to be accused on the cases of child pornography and sexual abuse. And the comment that he made on the picture of his sister said something about him keeping his eye on her. The picture was posted over the social media platform, Instagram. Following the resurfacing of the comment of Josh Duggar, so many people came forth to post comments on it.

One of them wrote that it was he who was being watched by the FBI instead. And many of them acknowledged the possibility of him just being a protective “big brother” like any normal person, but the allegations that follow him are blocking everybody from viewing it that way. The Instagram photo revealed Jessa with Ben Seewald, her husband. Comments included the use of words like “creepy,” “gross” and “disturbing.” At last, the commenters decided to believe in the theory that Josh Duggar was far from being a brother to Jessa Duggar. They decided on believing the fact that he was as bad to his sisters as he was to his victims.

Both of his sisters. Jessa Seewald and Jill Dillard decided to come forward and speak out on their horrible experiences of getting molested by Josh Duggar. This took place in the year 2015. They stated that he molested them when Jessa was just 9 years old. The incident took place in their childhood abode.

‘Inflation is likely to increase over the course of the year’: Economist

“Liverpool have to win every game” | Jamie Carragher previews Man Utd vs Liverpool... 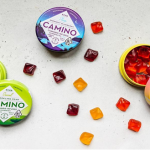 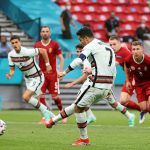 On Tuesday’s Euro 2020 match of Hungary v Portugal, the defending champions kicked off their campaign. However, the three goals from Portugal came much... 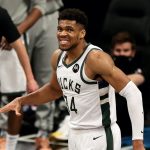 For anyone who had betted on the Milwaukee Bucks Giannis Antetokounmpo last week being the MVP in the NBA Finals, it might pay off....