The final of the Euro 2020 was a tense affair on Sunday. Italy came out on top to win the nation’s first international trophy in 15 years. England’s trophy drought continued as a result of being bested in the penalty shootout.

The first goal of the match came from England’s Luke Shaw in under two minutes from the start. The English side looked determined to protect that lead till the end. However, in the latter half, a scramble at the mouth of the goal saw Italy’s Leonardo Bonucci poke home the equalizer.

As the regular time in the final Euro 2020 match came to a close, it became clearer that penalties would have to be the decider. During normal play, neither side was trying to get enough players forward in the search of a winning goal.

This is the latest addition to England’s innumerable penalty shootout heartbreaks in major international tournaments. For England, Bukayo Saka, Marcus Rashford, and Jadon Sancho all missed their penalties. In the after-match celebrations, Leonardo Bonnuci, the man of the match, screamed about the cup going to Rome as a parody of the English chant.

The English national team, however, had very few supporters outside of the country for the Euro 2020. Before the final, memes seemed to have gone viral showing the whole of Europe supporting Italy. England’s chant of a popular song saying football is coming home is believed to be the cause. The song which is meant to signify overcoming heartbreak had become annoying and irritating for the other fans. A fan explained that it looked like England was owed a trophy and the rest of the world had to give in to the demand.

Ilhan Omar On The Effective System Of Protesting Through Boycotts

Meta To Go For Digital Currency Services And Tokens In Apps: 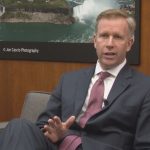 Rep. Chris Jacobs, a Republican, stated on Friday that he will not seek re-election to Congress due to outrage over his support for new... 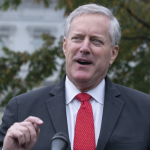 Mark Meadows Will Not Be Charged By The US Dept. Of Justice

The US Department of Justice will not seek criminal contempt of Congress charges against Mark Meadows and Dan Scavino, two former Trump White House...

For refusing to cooperate with the investigation into last year's US Capitol riot, Peter Navarro, an ex-top White House aide, has been charged with...