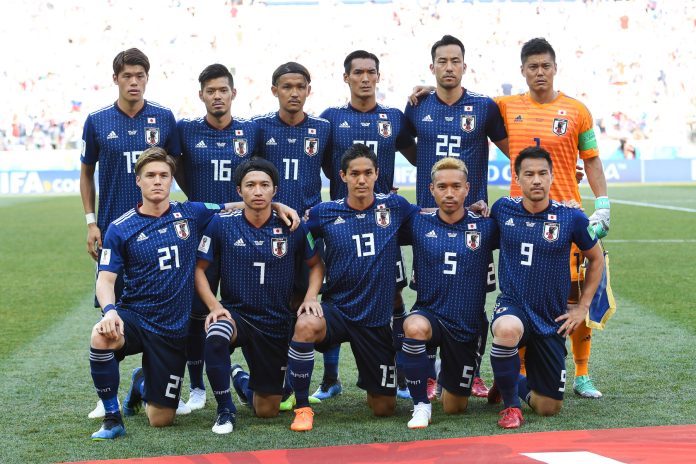 At this rate Japan might go on and win the World Cup altogether. Japan since the start of this World Cup has pulled of some amusing upsets.

Japan in their opening game against Germany was trailing, and just when no one was expecting that, they performed a comeback and won the match 2-1. However, in their second match they were defeated by Costa Rica and everyone thought things came back to normal. However, just when people were expecting Spain will pull off a win against Japan that will help Germans, the other serious contender to go to the next round from the group, Japan pulled another upset yet again and defeated Spain 2-1 to show Germany the exit from the World Cup.

At This Rate: Japan Might Win This World Cup Too:

The match on Thursday started well for both the heavyweights in their group as Spain and Germany both were leading in their respective match one goal to nil. Germans were happy with the result as, as long as Spain is winning in their match, and they are winning in theirs, both of them would have qualified. However, Japan since the start of the second half took things in their hands as the main obstacle between the qualification spot and them were this match in which they had to win.

Ritsu Doan scored a screamer with the start of the second half and the relentless pressing of the Japanese side made Spain sit on their knees and accept the result. Although there has been a controversial second goal that helped Japan go through, since their lead, they completely shut their doors in front of the Spanish attack. Since the start of the second half Spain only created a few chances inside the opponent box.

As the matches progressed, Costa Rica also on the verge of pulling off an upset that might have shown Spain the exit route from the tournament as well. However, Germany tried their best and turned the 2-1 scoreline to 4-2 in their favor. But Spanish Armada’s first win against Costa Rica was a huge one and the German efforts in the last quarter fell short to match that goal difference.

Sam Asghari Is All Over Britney Spears

Rudy Giuliani Accused Of Criminal Offense In The 2020 Elections