Following William Barr’s resignation, Jeffrey Rosen has been appointed for the concerned post of Attorney General Of the US.

William Barr, who was the previous Attorney General of the US, has resigned from his post immediately after the Electoral College of California cast their decisive votes that ensured the victory of Joe Biden.

Biden will take over the office on January 20 and is yet to choose his attorney general.

Richard Donoghue who presently works under Jeff Rosen has been selected to be his deputy.

Trump had earlier called Rosen an amazing person. Rosen had previously worked for Elaine Chao in the post of the Deputy Secretary in the transportation department before entering the Justice Department.

He was ushered in the Senate with 52-49 votes in 2019 May even though he lacked experience both as a prosecutor as well as a Justice official.

The office of deputy supervises everyday activities in the Department of Justice that also includes the offices of the US attorneys, activities in various agencies of law enforcement, and litigation.

In the last few months, Trump has disagreed with the attorney general regarding his reliance on the Department of Justice for political purposes during the last few days of the after-election scandal although it has supposed objectivity from the office of the executive.

Before joining Trump’s administration, Jeff Rosen worked in the Budget and Management Office as the general counsel as well as the senior advisor for policy till 2009 under George W Bush, prior president.

December 23 is the last day in his existing office for Jeff Rosen.

Freaks And Geeks Is Here With Its Original Soundtrack

Why Students Choose to Study Abroad

Johnny Depp’s Fans Shower Him With Love On His Birthday

Ben Affleck Has Turned Into A Protective Boyfriend

What investors should be watching amid earnings season, supply crunch, and DC uncertainty

Yahoo Finance's Alexis Keenan weighs the likelihood that Apple will be granted a hold on court-ordered changes to its App Store.

Pete Buttigieg, the secretary of transportation of the United States of America, gave a statement with regard to the issue of his parental leave.... 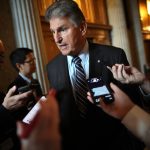 Is The Climate Policy Program Out Of the Spending Plan?

Multiple news sources have provided crucial information with regard to the subject of climate policy in the United States of America. It has been...