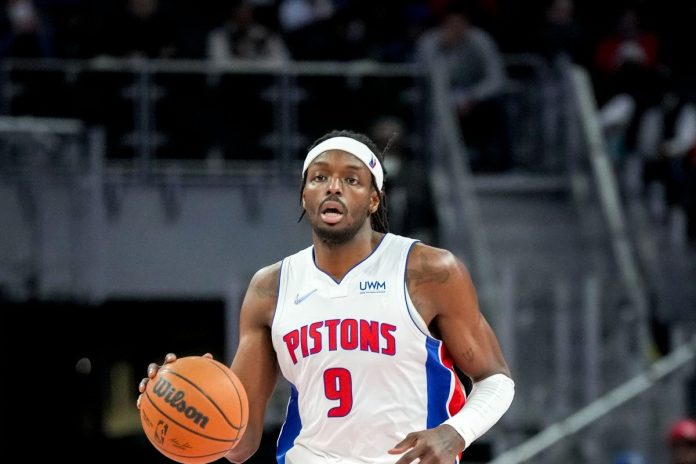 The Detroit Pistons have traded Jerami Grant to the Trail Blazers as a first-round draft choice for 2025, an exchange of 2nd-round picks for 2022, and 2nd-round picks in the drafts for 2025 and 2026.

Jerami Grant has featured regularly on the Detroit Pistons lineup even since he inked a 3-year deal with $60M that involved the Nuggets back in November 2020. His 2020-21 records have been admirable with a career-high average of 22.3.

Jerami Grant is an extremely reliable player who could be the second scoring option for the Portland team next season behind Damian Lillard.

But Jerami Grant’s move has confused and surprised NBA Twitter. Notably, the 1st round pick of 2025 is through Milwaukee, which is an NBA championship contender as Giannis Antetokoumpo has led from the front. The pick, therefore, is not expected to be on the whole high.

Jerami Grant is now in his final year with the Pistons and was never in long-term plans as the Detroit team rebuilt. They will forge ahead now with Cade Cunningham plus a $43M cap space for free agency.

Letting go of Jerami Grant was always sensible and expected but what comes as a surprise is that the Pistons could not command a larger return. Perhaps trading Grant at last season’s deadline would have been more profitable.

It is noteworthy that Jerami Grant is entitled to an off-season extension and would be on the lookout for a deal as high as $112M covering 4 years.

Mariners Accused Of Betraying Their Players

ContraFect Corporation (CFRX) traded 84008296 shares on hands in most recent trading session and observed an average volume with 5867.91K shares. The...

Are You Looking For Active Stock? Nu Holdings Ltd. (NU)

COMSovereign Holding Corp. (COMS) disclosed a change of 13.33% and its listed share value at $0.07 in the recent trade transaction. This...

American Airlines Group (AAL) exchanged 21641482 shares on hands in most recent trading session and observed an average volume with 27581K...