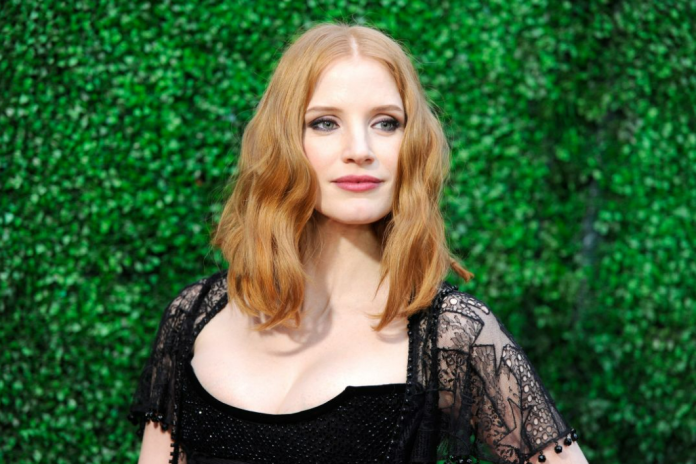 Jessica Chastain shared how she pranked James McAvoy on the set of Dark phoenix 2019. She elaborated at Kelly Clarkson’s show last Tuesday.

Jessica Chastain, 45 years old American actress, has done a bunch of films with James McAvoy. “It chapter two” 2019, where both of them acted together. And she shared her experience with McAvoy on whom she pulled a prank while filming Dark Phoenix. She further shared that she minutely studied everyone and then decided who to prank, as not everyone can take a joke. Then she picked her victim, McAvoy.She has worked with many great actors and actresses and so far she has realized who can she prank, she has worked with Michael Shannon, who is not of prank person.

Jessica planned the prank with director Simon Kinberg. There was the scene they were filming where they were picking McAvoy with wires like Professor X, and they started playing Macarena started playing out of the blue and the director didn’t say cut, so McAvoy kept on doing his part, and those guys who lifted him as shown in the movie with magic, they made him dance with on that Macarena, Macarena is 90s Los Del Rio earworm dance hit.

Jessica took an act of playful revenge on McAvoy, as once he lifted Jessica off of the ground out of nowhere. She was scared she might get hurt. Jessica further shares how incredible human being Simon Kinberg, is and how she would love to work with him again.

Jessica with a playful note warns James McAvoy that he needs to watch his back when he is around Jessica Chastain and must master his dance skill.

WAYS TO ACE YOUR CAREER IN THE SPORTS INDUSTRY