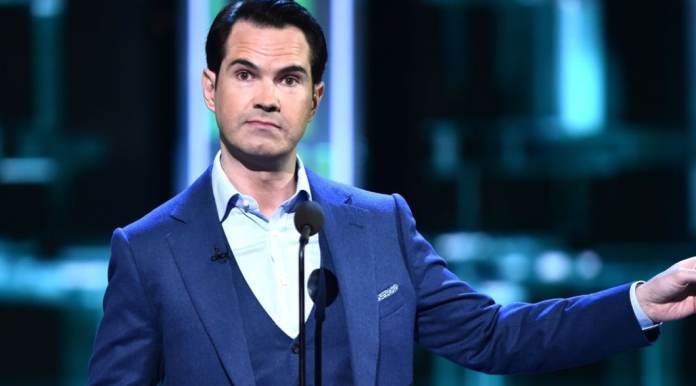 Jimmy Carr is facing criticism from UK politicians and anti-hate groups for a portion of his latest Netflix comedy special His Dark Materials, in which he discusses the Nazi genocide of Roma during the Holocaust.

During the special which dropped on the streamer Dec. 25, 2021, Carr remarks on Dwarfism, sexual abuse in the Boy Scouts, Bill Cosby, and cancel culture among other topics. But in one part of the British-Irish comedian and TV presenter’s hour-long special for the streamer, he brings up the mass murder of the Roma and Sinti during the Holocaust.

Jimmy Carr Talks About The Holocaust

“We are absolutely appalled at Jimmy Carr’s comment about persecution suffered by Roma and Sinti people under Nazi oppression, and horrified that gales of laughter followed his remarks,” Olivia Marks-Woldman, the trust’s chief executive, said in a statement posted to Twitter.