Joshua Kimmich is one of the well-known names in the football world. He has been a revelation ever since he has stepped foot in the soccer world. Kimmich has been a consistent player for Germany as well as for Bayern Munchen.

He has been regarded highly by most football stars. The athlete has an enviable record to his name. Kimmich has been fantastic both at the club and international levels. His fine skills have guided his teams to some memorable victories in the past.

Kimmich has also been considered as the future leader of Germany. However, the recent times for Kimmich do not seem to be all sunny. He recently contracted covid after refusing to take the vaccine. This hampered his career a lot.

The healing process took quite some time and he had to miss out on crucial matches. Joshua’s form also took a dip after his post covid return. He seems to have lost the sting for which he was well known.

Former German superstar, Jens Lehmann, has criticized Joshua Kimmich recently. Lehmann expressed his unhappiness at how Kimmich was performing defensively. Let us learn more about the story in detail below.

Joshua Kimmich has been advised to focus more on his defensive abilities. Format German goalkeeper Lehmann stated his views recently in an interview. He initially praised Kimmich but also said that the player lacks defensively.

Lehmann said that Kimmich did not have the proper understanding to properly organize a six-man defense.

Lehmann stated that Joshua Kimmich is not yet a suitable number 6 for Bayern. He felt that Kimmich was more comfortable in an attacking role than at defense.  In order to excel in the future, the athlete must up his defensive prowess.

Lehmann also stated that he has seen other number 6s that were a better player than Kimmich.

Billie Eilish On Her Feminine Side 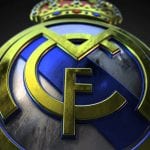 Bionano Genomics, (BNGO) acknowledged active focus on shares in the last trading session.The stock disclosed a change of 6.51% and its... 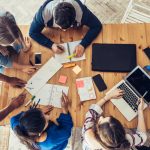 Despite coming such a long way in learning, teaching, and parenting, failure among students is still common and considered a curse. Whenever a rumor...

Should You Observe this stock? SmileDirectClub, (SDC)

SmileDirectClub, (SDC) observed an average volume with 2903.65K shares and exchanged 21017949 shares on hands in most recent trading session. ...

American Airlines Group (AAL) traded 21094733 shares on hands in most recent trading session and observed an average volume with 34834.89K...