Joyce Beatty was arrested at the US Capitol on Thursday. She was taken into custody for campaigning in favor of the voting rights bill. Beatty is also the chairperson of Congress. She had a small group who raised their voice for passing the voting act.

The Voting Act Bill was demanded to be passed by Joyce. She stated that they will go to any extent to make this a reality. Marches, rallies, and other required campaigns would be undertaken. Beatty also predicted her arrest. But that could not motivate her. She stated that this fight was for the common people. It was for the welfare of every citizen and she expected each one to stand up for themselves.

She wanted the people to give their vote. She posted pictures of herself being arrested. But she also refused to be demoralized. The official statement from the police was released. It stated that the arrests were conducted because of trespassing in an area that was prohibited.

Joyce Beatty in an official statement said this was just the start. She appealed to all the black citizens not to lose heart. She urged everyone to stay strong and ensured that this fight would continue.

In the new rules taken up by some states, rights to vote have been somewhat restricted. This act was passed by the House. However, the Senate has not yet approved it. The bill requires 60 people to vote for it to reach the President. Joe Biden also emphasized the protection of the rights of the voters.

Sara Sidner chokes up after reporting from hospital

PogChamp Emote No Longer Made Available For Twitch Users

California Recall is all set to take place this Tuesday. The election will be deciding the future governor of California. Gavin Newsom is the... 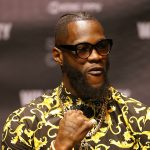 Deontay Wilder is dangerous to man. That is what Tyson Fury has to say about the boxer. Both Fury & Wilder are renowned boxers.... 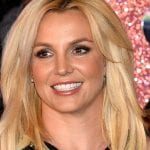 Britney Spears seems to be enjoying her life very much. It looks like the star is happy without worrying about anything. Spears had recently... 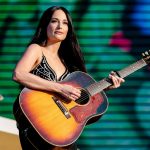 Kacey Musgraves is an extremely talented entertainer. Musgraves recently appeared for the MTV VMA 2021. She launched her new music album "Star Crossed". The... 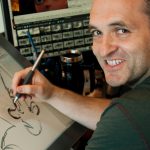 Genndy Tartakovsky seems to be in seventh heaven right now. He has won the Emmy awards for Best Animation. Kennedy won this award for...