Justice League Snyder Cut has been the talk of the Superhero circle ever since it had been confirmed for release. It is supposed to be Zack Snyder’s original version that he had envisioned for the Justice League franchise.

However, he was replaced by Joss Whedon who reportedly did a massive overhaul before the film’s final release in 2017. The film was critically disappointing resulting in WB Studios relenting to the fans’ pressure and agreeing to release the Justice League Snyder Cut.

The film is to premiere on March 18 on the streaming platform HBO Max. However, it has been reported that there has been a bug that has allowed users to gain access to the film nearly 10 days sooner. The bug had reportedly occurred when a new Tom & Jerry film was opened. To the surprise of users, instead of the family-friendly film, the streaming app started playing the Justice League Snyder Cut.

The reports have been further tested and confirmed by The Hollywood Reporter. They even repeatedly pointed to the title being displayed as Tom & Jerry, while the film being played is unmistakably the gritty Justice League Snyder Cut.

HBO Max immediately reacted to the reports and issued a statement on the incident. They said it was a technical error on their part and has been fixed since.

To fans, however, this would add to the drama the Justice League Snyder Cut has been so far. Snyder had to leave originally because of his daughter’s demise. Cyborg actor Ray Fischer has also come out about the replacement director’s misbehavior towards the people associated with the film.

The original film is, according to fans, a much better representation of the story that Zack Snyder had envisioned. The film has an immense runtime of four hours. With all the clips released so far, the fans would be immensely disappointed if all their expectations are repaid by poorly choreographed CGI scenes.

New players entering the online casino industry can find a bewildering array of bonuses and promotions, each with its unique features and perks. The... 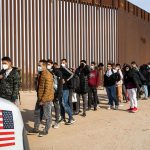 A federal judge from Louisiana blocked the administration of Joe Biden temporarily from bringing an end to the restriction made during the pandemic era...

BTC mining is employing green energy because the industry of mining bitcoin in the world has increased the mix of its sustainable energy. This...

Uranium Energy Corp. (UEC) disclosed a change of -2.83% and its listed share value at $4.28 in the recent trade transaction. This...