President Biden is facing further troubles in his personal life at his new residence. This time too it’s to do with the Biden Dogs. Champ and Major, the dogs of the German Shepherd breed, were flown back to Delaware. Reports suggest that the younger of the two, Major, had been aggressive enough to cause injury to a person.

Major has been in the Biden family since 2018. He was rescued from an animal shelter in Delaware. It is reported that the dog was involved in a biting incident. The current condition or the extent of the injury remains unreported. However, the incident must have been quite serious because the Biden Dogs were promptly removed from White House premises.

The Incident Caused By The Biden Dogs

Jen Psaki, the press secretary of the White House, admitted in her report of the incident. She said that it was primarily because of the unusual surroundings that the Biden Dogs suddenly find themselves in. The injured person was not one of the usual security staff. As a result of the uneasiness caused by the unfamiliarity, Major had caused a small injury to the person. The injury had been promptly treated by the medical staff of the White House.

Major has been documented with such aggressive behavior previously as well. He is only 3 years of age. He was, according to reports, brought in as a companion for Champ who is now 13. Champ has become considerably less energetic due to old age. Biden had admitted that the two Biden Dogs are buddies in an interview last month.

Jill Biden, the first lady, has also said how she’s been extremely preoccupied with getting the jitters out of the dogs. The Biden dogs are the focus of so much more attention than what they are used to. This is not the first incident involving the dogs. Joe Biden had suffered a fractured leg while playing with them back in November.

Psaki continued that the Biden dogs were already scheduled to go back to Delaware. However, there is no certainty as to when they might be seen on the North Lawn again. 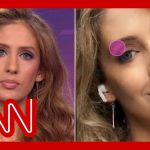 ‘Instagram is not reality’: CNN host proves point with selfie

CNN's Bianca Nobilo talks to social psychologist Jonathan Haidt about the effect social media has on the mental health of teenage girls. 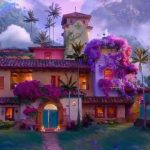 Encanto was one of the most anticipated releases for the year. From the time it was announced, fans went crazy for the film. The... 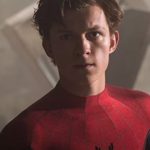 SpiderMan: A Known Face In VenomVerse?

Spiderman seems to be making all the headlines at the moment. Huge rumors have surfaced about the possibility of multiple spidermen in No Way... 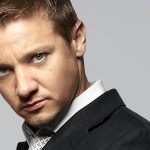 Jeremy Renner is one of the well-known faces in the Marvel Universe. He is famous for playing the character of Hawkeye. The character of... 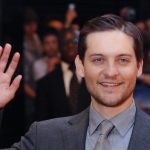 Tobey Maguire & Andrew Garfield are one of the most discussed names at present. They have been highly rumored to be featured in the...