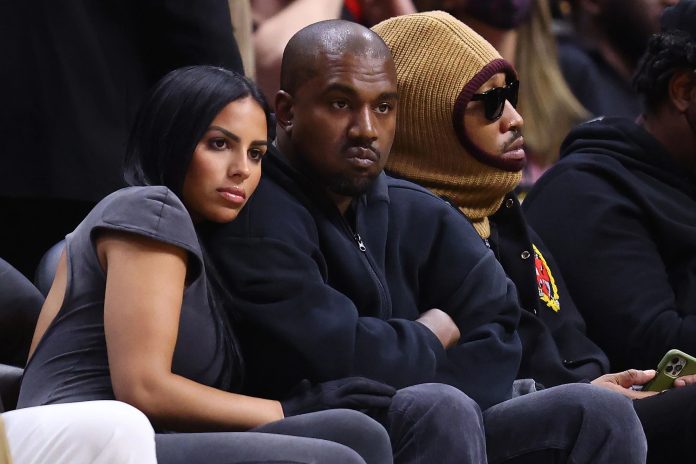 According to TMZ, Kanye West has split from girlfriend Chaney Jones after five months of dating. West, who had previously appeared on the model’s Instagram stories and posts, had recently traveled to Japan with her. According to reports, the rapper was seen hanging out with another woman for a movie date.

Fans have noticed that Chaney has reportedly deleted all of her Instagram photos with the rapper. West and Jones sparked romance rumors earlier this year after being photographed together in Miami. The couple appeared to make their relationship Instagram official after the model posted a cozy photo with him and the rapper commented with a black heart emoji.

Kanye West’s Relationship Started Amidst His Divorce With Kim Kardashian

In March, the couple was seen enjoying the game from courtside seats at a Lakers game. Chaney also congratulated West on his recent Grammy wins, writing, “THE BIGGEST [goat emoji] SO PROUD.” Chaney also recently debuted her new tattoo, which she dedicated to West by having Ye (his legal name) inked onto her wrist.

Kanye has kept a low profile since his Instagram account was suspended for 24 hours in March. There were reports that he was leaving to seek help, but his camp denied this. He has since backed out of his headlining slot at the Coachella Valley Music and Arts Festival in 2022. Kanye returned to Instagram last month and promoted a McDonald’s collaboration. Ye will take a year off, according to Kanye West’s new artist Vory.

While Kanye West has been dating, his ex-wife Kim Kardashian has been dating Pete Davidson, much to Kanye’s chagrin. Pete even appeared to have the initials of Kanye and Kim’s children tattooed on his neck recently. Pete was recently seen shopping with Saint, the former couple’s song.

Probability Of Another Stimulus Check Payment In 2022