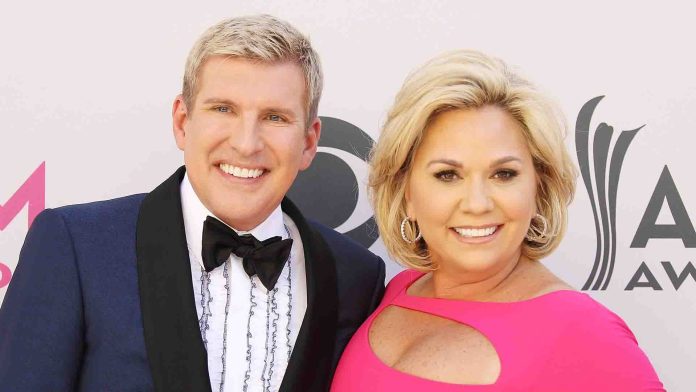 Todd and Julie Chrisley, stars of the reality show “Chrisley Knows Best,” were found guilty on federal charges including bank fraud and tax evasion on Tuesday in Atlanta.

The Chrisleys were first charged in August of this year, and a new indictment was issued in February of this year. Their trial began three weeks ago, and a jury found them guilty on Tuesday of conspiring to defraud community banks out of more than $30 million in fraudulent loans, according to U.S. Attorney Ryan Buchanan’s office in Atlanta. They were also convicted of conspiracy to defraud the IRS and tax evasion, while Julie Chrisley was convicted of wire fraud and obstruction of justice.

Prosecutors claimed that the Chrisleys used forged documents to obtain loans from banks. When trying to rent a house in California, Julie Chrisley allegedly submitted a false credit report and fake bank statements.

Prosecutors said they used a company they controlled to conceal income in order to keep the IRS from collecting unpaid taxes owed by Todd Chrisley.

After being found guilty, U.S. District Judge Eleanor Ross released the Chrisleys on bond. However, she placed them on location monitoring and home detention, which means they can only leave the house for work, medical appointments, and court appearances. According to the order issued on Tuesday, they must also notify their probation officers of any expenditures in excess of $1,000.

“Not getting it done” | Graham’s Debut | “It’s disappointing”

Jose Mourinho Has Been Given The Sack By Tottenham

Mohamed El-Erian on Archegos: It will not cause a massive deleveraging of the financial...

The Senate's bipartisan gun reforms are almost certainly doomed to fail. We heard the all-too-common phrase from politicians after a shooter massacred 19 children...

Matthew McConaughey Delivers A Heartbreaking Speech At The White House

On Tuesday, actor Matthew McConaughey, a native of Uvalde, Texas, grabbed the podium in the White House briefing room and spoke of learning "to...