Kevin De Bruyne is one of the biggest names in world football. He has been termed as the best attacking midfielder of recent times. De Bruyne hails from Belgium and is a part of the Manchester City side.

He has a lot of accolades to his name. Kevin’s brilliance on the pitch has helped both Belgium and City significantly. He has guided his squads to some memorable victories in the past.

De Bruyne is fresh from a derby win against arch-rivals Manchester United. City faced United a couple of days back. De Bruyne scored a brace to rout the Red Devils to a 4-1 defeat.

However, the defeat had a huge adverse impact on United. People from all over the world lashed out at the players for their poor performance. Kevin De Bruyne, however, lent his support towards the players.

He supported the athletes and stated that they might be having difficulty adjusting. Let us learn more about the story in detail below.

Kevin De Bruyne feels that people should not abuse the United players. According to Kevin, the team is undergoing a transition period.

After the new manager, Ralf Rangnick took over the reins, the playing style of United has changed.

This is the main cause of concern for United according to Kevin De Bruyne. He felt that the players are finding it hard to adjust to the attacking style of play.

He believes that the players will soon overcome the initial hiccups and perform on the expected level. 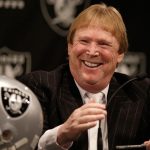 Tom Brady’s Buccaneers Will Make NFL History With The Cowboys In Week 1 When...

NFL history will be made when the Buccaneers led by Tom Brady and Cowboys play each other Sunday night in Dallas. The two clubs...