Home Sports Kevin O’Connell Will Be Hired As The Vikings’ Head Coach After Feb... 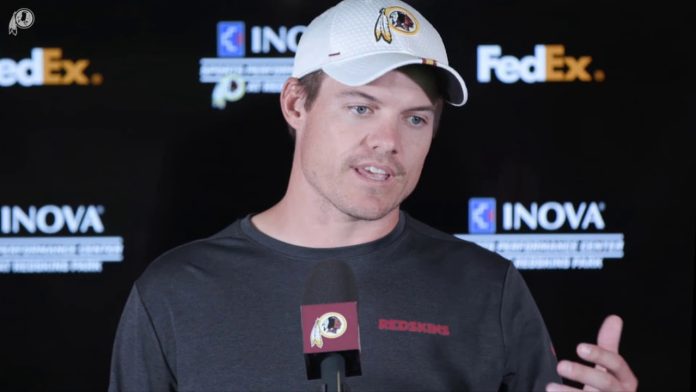 According to reports, the news cannot be confirmed because O’Connell is still committed to the Rams’ Super Bowl LVI matchup against the Cincinnati Bengals on Sunday, February 13 at SoFi Stadium in Los Angeles, California.

Kevin O’Connell Will Be The Next Head Coach

On Wednesday night, the Minnesota Vikings expressed interest in hiring Kevin O’Connell as their head coach. The agreement won’t be completed until after Kevin O’Connell and the Rams meet the Cincinnati Bengals.

According to rumors, Harbaugh did not get an offer from the Vikings before leaving Minnesota, despite having prepared for the interview as if he was going to be hired. Following the interview, Harbaugh phoned Michigan officials to notify them that he would be returning to the school for the 2022 season.

Harbaugh, who is 58 years old, informed Michigan athletic director Warde Manuel that his effort at a return in the NFL would not be a reoccurring issue and that he would remain with the Wolverines for as long as the school wanted him.

Harbaugh was recruited by Michigan, his hometown university, in 2015 after a brief time in San Francisco. He has a 61-24 record with the Wolverines in seven seasons.

New head coaches have been recruited by the Raiders, Giants, Bears, Vikings, and Broncos. The Dolphins, Jaguars, Saints, and Texans have not yet hired their coaches.

Bingo: A diverse game for any emotion

Does Hamilton Want It Too Badly?