Home Sports Kyler Murray The No.1 Pick And The Cardinals Are Finally On The... 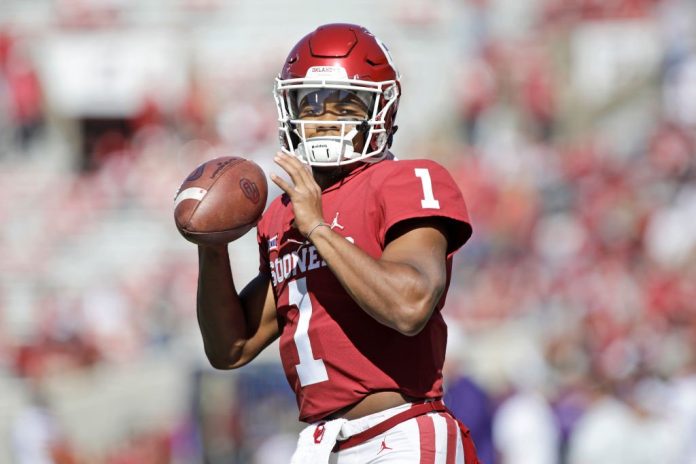 With Kyler Murray’s future with the Arizona Cardinals and CeeDee Lamb’s future with the Dallas Cowboys, the NFL is playing “The Telephone Game.” Arizona opened the season with a 7-0 record, with Murray as a possible MVP contender. From there, the Cardinals faltered and were eliminated in the first round of the playoffs. Murray, the No. 1 overall pick in his NFL Draft, received a lot of flak for his late-season performance.

In the National Football League, there is only one genuine cardinal sin: squandering your franchise quarterback.

Arizona may compel us to invent a new one: don’t annoy your franchise quarterback before he reaches the age of 25.

A disgruntled Kyler Murray strips his social media accounts of all connections to the Cardinals, a common (if pouty) practice among players dissatisfied with progress in contract negotiations. Murray has played out the first three years of his rookie contract and has a fifth-year option by the team that will likely be exercised before the final year of his rookie deal. He is also eligible for a new deal now.

After scrubbing any mention of the Cardinals from his social media accounts, a report from ESPN had sources label Murray “self-centered, immature and [a] finger-pointer”.

Murray was also reportedly upset over Arizona’s playoff exit and felt that he was being made the scapegoat, according to the story.

Kyler Murray is in the fourth year of his rookie contract with the Cardinals, and the team has a fifth-year option. Murray, on the other hand, is eligible for an extension. Take a look at the massive contract Josh Allen signed with the Buffalo Bills before his fourth season.

Kyler Murray may demand his money immediately, but Lamar Jackson and Baker Mayfield have been forced to wait. And Arizona may refuse to pay it.

Naomi Campbell Is A Mother Of A Baby Girl

Is Latavius Murray The Right Player To Re-Sign For The Ravens?

What Are the Benefits of a Personal Loan?