The famous pop singer, song-writer has just recently attracted fans to her new book of poetry. Lana Del Ray has finally released the audiobook of “Violet Bent Backwards Over The Grass”. This is to feature 14 of her poems read by Del Ray herself with music performed by Jack Antonoff, her frequent collaborator.

The audiobook is coming out finally after months of delay. The initial announcement of Del Ray’s “Violet” was made last December and it was scheduled to release in January, this year. However several tragic events pushed back the date of release of this much-awaited book of poetry.

Del Ray’s family was robbed earlier this year which was followed by the global pandemic that put a halt to almost all events and activities.

The hardcover and ebook editions will be available from September 29.

Reportedly, the proceeds from this collection will go to Native American organizations.

Del Ray talks about her poems, “They are eclectic and honest and not trying to be anything other than what they are and for that reason I’m proud of them, especially because the spirit in which they were written was very authentic.”

Panasonic CEO North America discusses new products and pivoting to a B to B...

Coronavirus Live Updates: Death in Philippines Is First Outside China 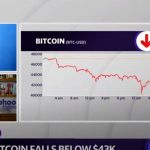 Ted Cruz is the Senate representative for Texas. He got a complaint on Wednesday regarding the voter ID law of Texas. A law official termed...

The Wonder Years have premiered. The latest episodes of the show have been much anticipated. Fans have been waiting for the season to hit...

Tory Lanez is a well-known singer and writer of songs. Lanez is well known for his rapping skills. He was born and brought up...