Lewis Hamilton seems to have got back his lost touch. He was a star at the F1 championships. However, in the recent past, his performances were not up to the mark. After some disappointing outings, Hamilton finally got into his grooves. The Champion put up a fine display to clinch his title number eight at Britain.

Lewis Hamilton did go on to win. But not before he gave his fans a scare. He hit the tires at the back of Max Verstappen‘s vehicle. Lewis was trying to overtake him on the first lap. The collision saw Verstappen fly off his tracks and crash in the side. Medical staff immediately attended the site. The officials heaved a sigh of relief when they spotted Verstappen walking.

Hamilton was penalized for this act. He was handed a penalty of 10 seconds. But the willpower of the racer made him fight gallantly. He miraculously overtook his opponents at the last moment. This effort earned him the coveted title, which was Hamilton’s eighth.

Hamilton was heavily criticized for his actions. Verstappen was attended to at a local hospital. He asked his fans not to worry and he was perfectly alright. Max stated that he was very disappointed with Hamilton’s mannerisms. He termed the move as deliberate and discussed how fatal it could have been.

Lewis Hamilton was heavily criticized for the way he celebrated. Verstappen himself was not happy. He said Hamilton’s celebration was unsportsmanlike. Lewis, however, refused to admit the mistake. He said he did nothing wrong and tried to provide space for Max.

Slip and Fall in Walmart: Who is Liable?

‘Yes or no?’: Bash presses Facebook exec on platform’s role on January 6

Are You Looking For Active Stock? ICICI Bank Limited (IBN)

The matchup between the 49ers and the Colts on Sunday presents the audience with a competition that is lacking anything interesting. Nature has planned... 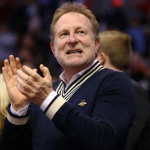 The Phoenix Suns pushed back on the rumors that Robert Sarver was a racist and a sexist.  Jordan Schultz floated some rumors that the NBA...

Are You Looking For Active Stock? Xiaobai Maimai (HX)

Xiaobai Maimai (HX) observed an average volume with 2131.92K shares and exchanged 14519088 shares on hands in most recent trading session....