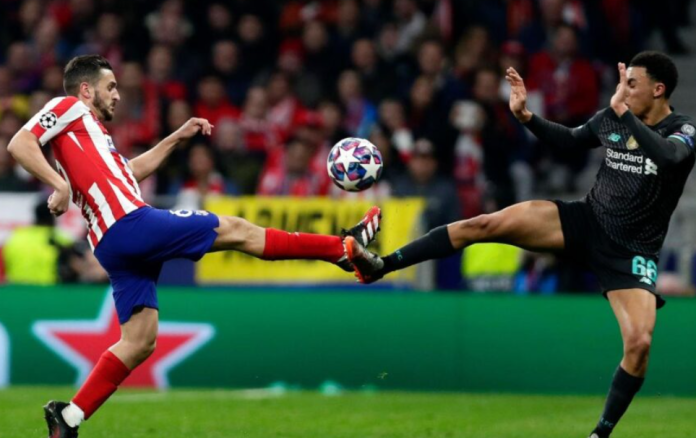 In a match never shorn of excitement, Liverpool managed to retain their one-goal lead as the giants slugged it out till the last minute. In the end, the brilliance of Mo Salah and a rock-like Alisson under the bar made the difference for Liverpool.

Though nowhere near his dazzling best, Mo Salah still managed to put in two in either half. The visitors were 2 up within the first 15 minutes with goals from Mo Salah and Keita. But then a brilliant double from Antoine Griezmann restored parity. The French international was sadly sent off after a dangerously high boot challenge.

The game began intensely, resembling more a knock-out tie than a group league match. Both Liverpool and Athletic went on the offensive right from the kick-off. Liverpool drew first blood when Mo Salah skipped past 3 defenders before slamming it in from the top of the box. It was a deflected goal, but a wonderful one nonetheless.

Naby Keita consolidated the lead with a brilliant volley that sped home after a faulty clearance from the Atletico defense. The home team then picked up their game up a notch as Griezmann justified his selection ahead of Luis Suarez, who was a surprise omission.

Griezmann Turned The Game Around Equalizing Against Liverpool With A Double

The Frenchman turned in the ball from close range after a corner in the 20th minute. He was back in the 34th minute from the edge of the box.

The equalizer sparked wild celebrations by Simeone in the Athletico dugout. They could have wrapped it up had Allison not managed 3 saves in quick succession, denying Griezmann, Felix, and Lemar, in the final third of the first half.

The 10-man Spanish side defended admirably. But with the departure of Griezmann, the Atletico attack lost its sting. Salah restored the lead for Liverpool with a 78-minute penalty after Jota was brought down after a shove from Hermoso.

Klopp’s side almost gave up their newfound lead when Gimenez was brought down. The referee awarded a penalty but reversed his decision after a VAR check, much to the anger of fans at the Wanda Metropolitano.

Sen. Tom Cotton under fire for comments on slavery, attacks on NYT’s 1619 Project

Olivia Wilde Has Won Her Custody Battle Against Her Ex