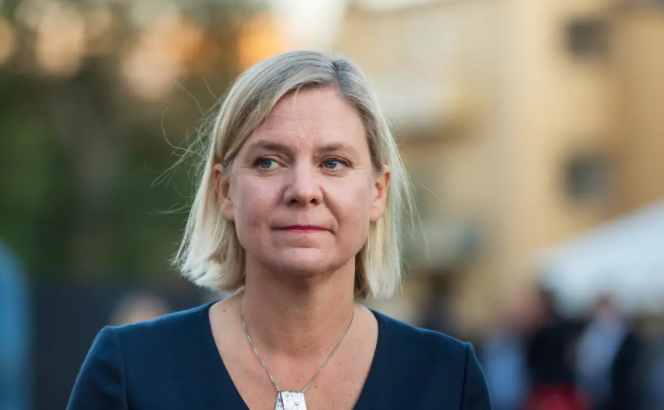 Hours after being nominated by the Swedish Parliament as its first woman Prime Minister, Magdalena Anderson was prompted to resign. Two development made her go for the decision. While the budget could not go through the Parliament, the Green Party moved out of the coalition.

Magdalena Andersson was to take over on Friday, but she created history by being appointed the first woman to the post. She had been the finance minister of the country for 7 years. the economist, 54, stated that she expected to be appointed to the same once again, heading a minority régime of merely social democrats.

Magdalena Andersson said that a coalition government should be dissolved if a partner quits. She stated that she did not want to be the head of a government whose validity is in doubt.

Magdalena Andersson was elected hours before she took the decision. she was elected after she clinched a deal at the last moment. She agreed to raise pension in return for their support in the vote on Wednesday in Parliament.

But the Centre Party withdrew support for the concession that Magdalena Andersson had made to the left. She had insufficient votes left to pass the bill in parliament.

Magdalena Andersson conceded that she would be able to work with what she had. But the second blow came when the Greens party led by Per Bolund stated that the party would not tolerate the budget that was drafted with the support of the far-left for the first time and withdrew their support to the government.

The new setup will prove beneficial to Magdalena Andersson as the Greens have pledged support to the fresh setup. Her appointment comes a century after the Scandinavian country permitted female suffrage.

Jan. 6 committee to ask phone records be kept of lawmakers who participated in...

Sean Marks Talks About Nets, No Talks With Irving

Analyzing GM Stock After Being Assigned A Rating Of ‘Buy’

Shelby Rogers Talks About Her Confidence After Stunning Leylah Fernandez