Home Sports Manchester City: A Worse Or The Worst Mess This Season In Champions... 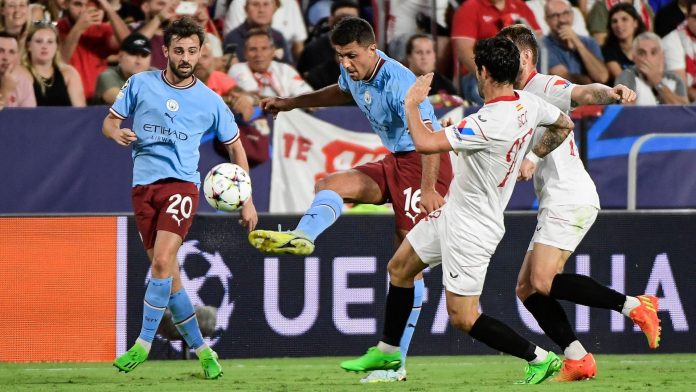 Manchester City has been known to be the chokers of every competitive match and it seems like this season won’t be any different for the cult favorite. While they have been known to win the most trophies under Pep Guardiola for the last 5 years, a serious question has risen amongst the fans about whether there is any proper competition left in the leagues after all.

Despite being one of the best clubs of all time, Manchester City has had its share of ups and downs where their skills have been seriously questioned by other teams like Liverpool, Bayern Munich, Real Madrid, or even Chelsea for that matter.

Though Manchester City’s exit from the semi-finale at the hands of Real Madrid last season came as a shock for most football lovers, it has been noticed by a few that it was a repetitive pattern from Manchester City’s side when it came to these big league matches.

While some argue it was probably the reincarnation of Santiago Bernabeu in the form of Carlo Ancelotti that Real Madrid finished with the cup that season, it could be argued that it was probably a lot more difficult for Manchester City to get a grip on the field that night at Madrid.

Will It Be Manchester City’s Rise To Glory This Season Again In UEFA League?

While the fans are hoping for a comeback this season, it would be a serious crime to undermine Pep Guardiola’s tenacity and skill as a coach. The fans are banking on Guardiola this year with a solid start from Manchester City on Tuesday night with a glorious win against Sevilla with 4-0.

Perhaps this is what the club needed to sow their seed in the European League after a few dry seasons back to back.

Inside the massive smuggling industry driving record numbers at US border