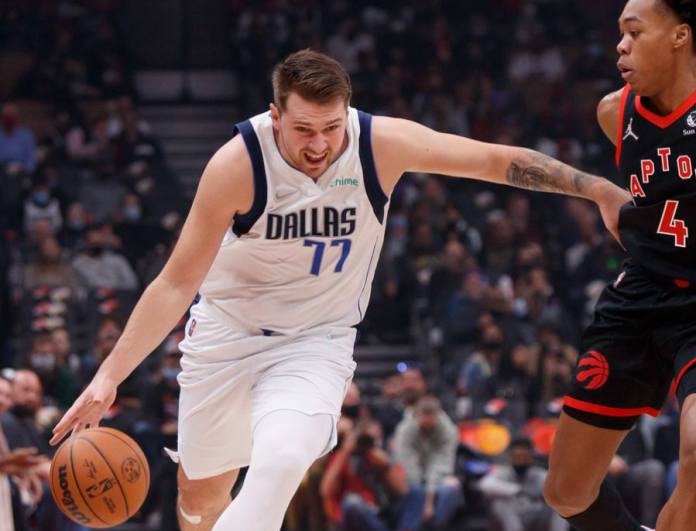 The Dallas Mavericks rallied past the Spurs 109-108 on Wednesday as Jalen Brunson and Luke Doncic lead the show.

Jalen Brunson had 31 points and 10 rebounds while Luka Doncic had 23 points and 12 rebounds.

The Mavericks outscored the Spurs 28-25 in the final quarter to avoid their third loss in 4 games. They just came off a 125-110 loss to Miami on Tuesday.

Brunson Runs The Game For The Mavericks

Brunson stated that they could always use the excuses that they’re tired. They have played back-to-back games and had to fight through it. He also added that the teams that can win games like this can win games when it counts past April.

The Dallas Mavericks were able to do so against a young San Antonio roster that is eager to push the pace.

Dejounte Murray scored 23 points and Devin Vassell had a season-high 21 for the Spurs, who have lost six of 7 since a season-opening victory.

The Mavericks turned the momentum of the game against the Spurs in the fourth quarter.

Brunson gave Dallas a 101-96 lead with 3 minutes remaining by scoring five points in 32 seconds, including a three-point play. After the Spurs closed to 103-102, Brunson hit a step-back, 13-foot jumper, and two FTs in the final 30 seconds.

The lead swelled to 10 points before Brunson rallied the Mavericks. He had seven points, five rebounds, and an assist in the third quarter.

‘I’m sure it didn’t sit well with President’: Borger on Chad Wolf’s reaction to...

Deebo Samuel Has Requested The 49ers To Trade Him