In an interview, Michelle Young explained that she, fortunately, knows what a wholesome marriage looks like and would not settle for anything less. She truly believes that Nayte Olukoya is her person. She never knew she could love someone this deep.

Michelle Young Always Felt A Bond Between Them

Nayte Olkoya agreed before adding that for them to have found each other is meant to be. He is all in.

Michelle had her reservations and wanted to be sure that what she felt for Nayte was not an infatuation.

Nayte admitted that pack dates made him uncomfortable. His decision to concentrate on Michelle made him the happiest. His conversation with Young made him realize how open and comfortable you could be with a person. When Nayte thought about his future he only saw Michelle next to him.

Nayte had full faith that Michelle was the one when he proposed to her. The red string of fate had tied them together.

Following the engagement, they have been spending time together laughing, playing, and discussing their future. Michelle says that the true test is when reality hits and Nayte proved his depth. She knows for sure that Nayte is the one to stick through the good days and the bad. Love may change but it always stays, said Nayte.

Michelle Young and Nayte Olukoya are blissfully spending their days. They are each other’s support.

Lizzo Made History In Washington 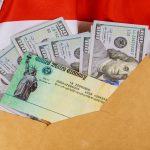 Are 2022 Stimulus Checks Taxable? Federal Economic Impact Payments Were Out Side The Purview...

The tax authorities had declared that the federal stimulus check, or the economic impact payments, were not to be considered taxable income nor as... 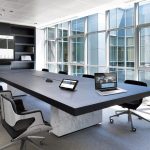 How Board Room Technology can Help Different Types of Companies

Indeed, most independent researchers at this time are very widely covering this technology and saying that it is a trend of the 21st century.... 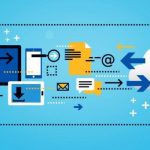 What Is a virtual data room and How Does It Impact Business?

Modern data rooms have enabled businesses to conduct complex business transactions more efficiently and securely. But what is a data room and how does it...