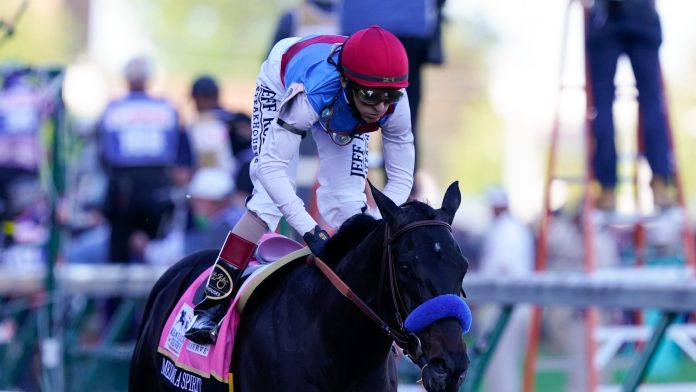 Following a judgment by state racing stewards on Monday, Medina Spirits’s victory in Kentucky Derby 2021 was reversed, and Mandaloun was named the winner.

The since-deceased Medina Spirit tested positive for betamethasone, a steroid that is permitted in Kentucky but prohibited on race day, following the race last May. The positive test upended the world’s most famous horse race and shone an unwelcome light on trainer Bob Baffert, who was regarded as the face of horse racing after guiding horses to the Triple Crown in 2015 and 2018.

The Kentucky Horse Racing Commission’s ruling on Monday makes Medina Spirit the second horse in the race’s 147-year history to be disqualified for a prohibited drug; the first was Dancer’s Image in 1968, a decision that awarded Forward Pass the victory. The only other disqualification occurred in 2019, when Maximum Security was fined for meddling, handing the victory to Country House.

On Tuesday, the track intends to replace Medina Spirit with Mandaloun on the paddock sign commemorating the Derby winner. Mandaloun will compete in the $20 million Saudi Cup on Saturday in Riyadh, Saudi Arabia. The winner receives a prize of $10 million.

On Monday, the racing commission penalized Baffert for 90 days and fined the Hall of Fame trainer $7,500. The verdict came after a closed-door hearing on Feb. 14 for the public and media.

Clark Brewster, Baffert’s attorney, indicated he will appeal the decision. Medina Spirit fell and died of a heart attack on Dec. 6 after a training run at Santa Anita, less than a month after coming second in the Breeders’ Cup Classic at Del Mar. An autopsy revealed no conclusive cause of death for the horse.

After a post-race drug test found 21 picograms of betamethasone in the horse’s system, Baffert first denied any wrongdoing. Baffert then admitted using a corticosteroid-containing topical medication on the horse to address skin irritation.

Dale Moss And Clare Crawley Are Back Together After Their Split In January!

Suns Are One Step Away From The Finals After Sweeping Nuggets