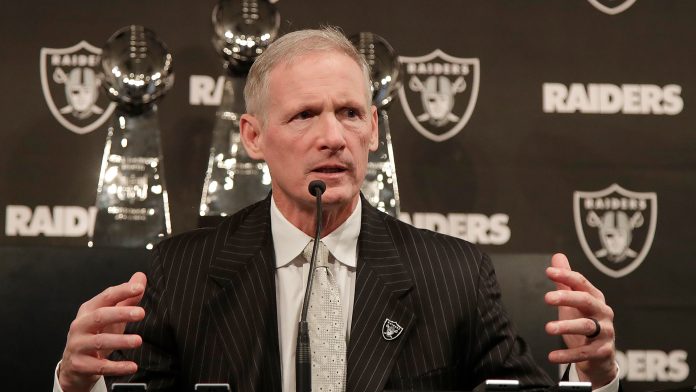 Mike Mayock, who was employed by the Raiders on December 31, 2018, has been sacked.

When word leaked on Monday that the Raiders were interviewing candidates for coach and general manager without settling on who would fill those positions, it sounded strange. The Raiders then announced that they were looking for a new general manager.

According to ESPN’s Adam Schefter, the Raiders sought a head coaching interview with NE Patriots linebackers coach Jerod Mayo and a general manager interview with Patriots director of player personnel Dave Ziegler earlier Monday. Rich Bisaccia, the Raiders’ interim head coach who recently led them to the playoffs, is allegedly still a candidate for the permanent position.

Because Bisaccia is an interim, his circumstances differed from Mike Mayock’s. He succeeded Jon Gruden, who resigned under criticism when disrespectful emails were made public. Interims aren’t promised anything, even if they make the playoffs despite adversity. Bisaccia appears to be the frontrunner for the permanent position, but the Raiders have the option to seek elsewhere.

It was unusual for the Raiders to request GM interviews before publicly dismissing Mayock. According to Rapoport, they would also want an interview with Colts assistant general manager Ed Dodds.

Mike Mayock was recruited by the Las Vegas Raiders following a high-profile tenure as an NFL Network draught commentator.

During his tenure as GM, Mike Mayock had some solid choices and some extremely awful mistakes. He selected receiver Hunter Renfrow in the fifth round, but also Clelin Ferrell in the fourth round. Renfrow has developed into one of the top slot receivers in the game, while Ferrell has eight sacks in three seasons. Mike Mayock was fired not long after the news of the new GM and coach interviews leaked.

This summer, the Raiders’ organization will undergo significant adjustments. Mike Mayock has stepped down.

Larry Elder Criticizes Newsom, Expresses His Lack Of Trust On The Governor