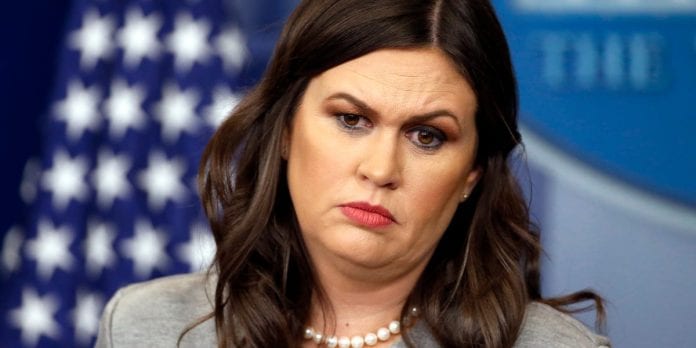 The Republican candidate for governor of the state, 40-year-old Sanders, claimed in a statement that during an examination earlier this month, her doctor asked for a biopsy on a worrisome area on her neck. She had thyroid cancer, according to the test’s findings.

Sarah Huckabee said, “By the grace of God, I underwent successful surgery today to remove my thyroid and close-by lymph nodes, and I am now cancer-free. Sanders received treatment for Stage I papillary thyroid cancer, according to Dr. John Sims, a surgeon at the CARTI Cancer Center in Little Rock.

Sarah Huckabee Is Healthy And Cancer-Free

“Sarah Huckabee is presently recovering after surgery where we resected her thyroid gland and part of the accompanying lymph nodes in her neck,” he stated in a statement. ” The procedure went really well, and I believe she will be up and moving around within the next couple of days.” Regarding her diagnosis, he asserted that the most common kind of thyroid cancer “had a wonderful prognosis.”

Dr. Sims stated that even though she will need continuous long-term follow-up and adjuvant radioactive iodine therapy, “I feel it’s fair to say she’s now cancer free, and I don’t foresee any of this slowing her down.” Sarah said she would hit the campaign route again “soon.” Sanders joined the Donald Trump administration in 2017 after acting as a crucial advisor to the Republican nominee’s successful 2016 campaign.

Prior to taking over as press secretary in July 2017, she previously worked for Sean Spicer as deputy press secretary. She held the role for two years before resigning in July 2019. She soon began making appearances on Fox News.

How does bitcoin escrow work?

Trump Tower’s Mortgage Has Been Refinanced With $100 Million Loan