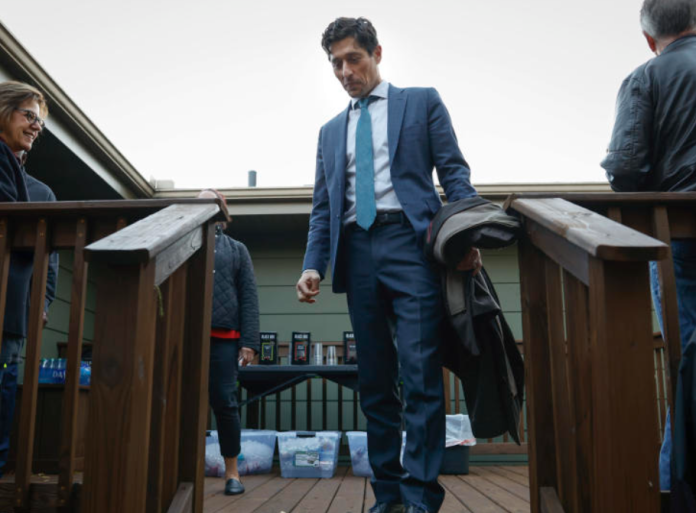 The Minneapolis Mayor, Jacob Frey has faced some of the darkest days that the city has faced in its history. The murder of George Floyd by a police officer in the most inhuman way possible, crushed to death under a knee as he whimpered for his life.

The ensuing riots led to the destruction of a precinct in Minneapolis after it was abandoned on Frey’s orders.

A Democrat, Frey now faces an uphill task to retain his seat even as Minneapolis rebuilds itself after Floyd’s death. It led to the biggest riots since the death of Rodney King. The election on Tuesday will hinge a lot on how the electorate viewed Frey’s efforts following the killing.

Frey has tried to strike a middle course in a troubled city that was split along racial lines as questions arose about the racial profiling practiced by the Minneapolis police force.

Frey had then tried to defend the police and had stood up against vocal and liberal progressives who sought a victory in Floyd’s murder.

The 40-year-old Frey said that he was not satisfied with the speed of change. But he said that several changes and reforms had been passed during his tenure, which was more than achieved by any other mayor in Minneapolis’ history.

The killing of Floyd, crushed to death by white police officer Derek Chauvin, was followed by riots. Frey was accused of incompetence for his failure to control violence.

But Frey also faces flak for his lethargy in revamping the Minneapolis police force. Other candidates have hung on to the ‘Don’t Rank Frey’ slogan. It is a request to voters to just keep him out of their ballot to increase the chance of someone else winning. Minneapolis has a ranked-choice ballot system.

Ultimately, it is expected that Frey’s fate hinges on a poll question asking voters if they favor replacing the police with a Public Safety department.

Coronavirus: A Cameroon student on how he recovered