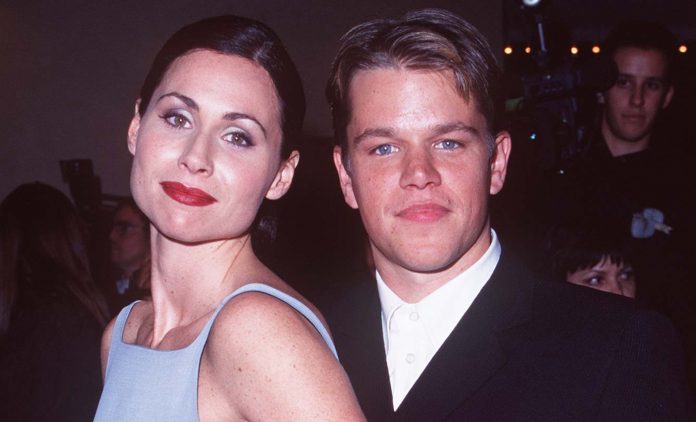 Minnie Driver told the media that she ran into Matt Damon for the first time, after the famous split. The actress fell in love with Matt when they were working on Good Will Hunting and spoke about the nice moments on a podcast.

Minnie Driver Meets Her Old Love On The Beach

She was Matt Damon at the beach and struck a conversation with him. The last time they spoke was when they made the movie. It felt nice to see Damon and his wife and kids. Minnie Driver felt reassured as she felt quite middle-aged.

Damon married his wife Luciana in ‘05 and is taking care of 4 children.

Minnie Driver stated that she felt the folly of their youth went with their relationship. It felt nice to talk to Damon about the weather and about life.

Minnie Driver and Matt Damon met when they worked on the sets of Good Will Hunting and she was completely in love with him.

Damon was cute, intelligent, and packed with charm. Driver was young and fell for him even though it was an occupational hazard.

The couples made several public appearances in 1997. It was around 1998 when Damon started to hang out with Winona Ryder. Driver was completely surprised when Damon stated that he was single on the Oprah Show.

The 2 did not cross paths for decades but Driver faced no problem in calling out her ex.

She responded to a tweet by Damon and stated that she desperately needed to say something. She feels that good men do not understand abuse on a daily level. Minnie Driver believes that men need to get on the same page with women and can then talk about the abuse.