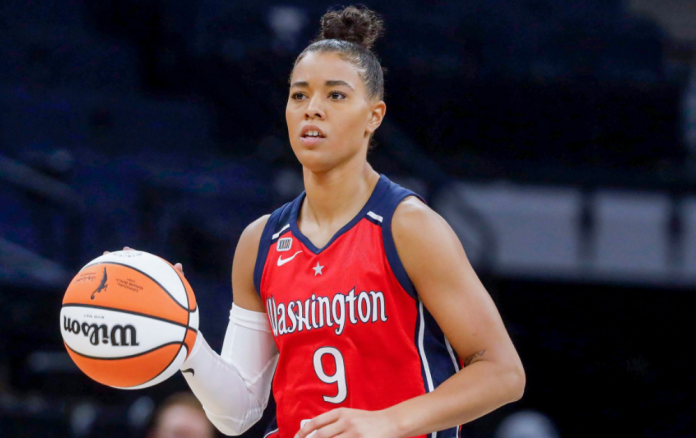 The Sky came within three but never led against the Mystics after the first quarter. This loss puts the team back at .500 (15-15) on the season.

Mystics Are Competing For The Playoff Spots

Washington Women’s basketball team, Mystics, came into Wintrust Arena on Sunday to compete for a playoff spot while the Sky were fighting to hold on to the No. 6 seed.

General manager and coach James Wade pointed out after the team’s 79-71 loss, they can’t move up in the standings, but they can definitely move down.

The Sky was fresh off the win against the Last Vegas Aces last week but the high did not last long. Sky lost against the Mystics. They let them go on an 11-0 run to end the first quarter and spend the rest of the game playing catch-up.

Turnovers, poor shooting, and three-point defense were the major issues. The Sky came close to three but did not lead after the first quarter. The loss will drop the Sky (15-15) back to .500.

Wade did not hide his displeasure with the starting five as energy was once again an issue. He tried to fix it by switching things up with eight minutes left in the third quarter by putting Dana Evans, Lexie Brown, Diamond DeShields, Ruthy Hebard, and Stefanie Dolson on the court together.

He regretted not leaving them on the floor longer. Evans ended the game with seven points on 3 of 4 shooting but only played eight minutes.

Azura Stevens (18), Allie Quigley (15), and Candace Parker (12) impressively finished in double figures in points, but Kahleah Copper was a nonfactor with three points.

The Sky made their first three points of the game in the third quarter and finished the game shooting 13.6% (3-for-22) from behind the arc.

The Mystics’ Tina Charles magnificently went off for 34 points and 17 rebounds in the teams’ previous meeting. Wade said before the game that his team had to beat her to spots, crowd her space and disrupt rhythm but failed.

Charles had an impressive 31 points and 10 rebounds and shot 50% from three-point range.

The Sky are the sixth seed and will only drop to the seventh seed if they do not win their last two games (against the Aces and Indiana Fever) and the Dallas Wings win their final two (at the Aces and against the Los Angeles Sparks). The close race for the No. 8 seed is among the Mystics, Sparks, and New York Liberty.

Checking To See If Another Stimulus Check Is Coming

Canada On Top After Beating Mexico

America’s Got Talent Has An Emotional Return Of NightBirde