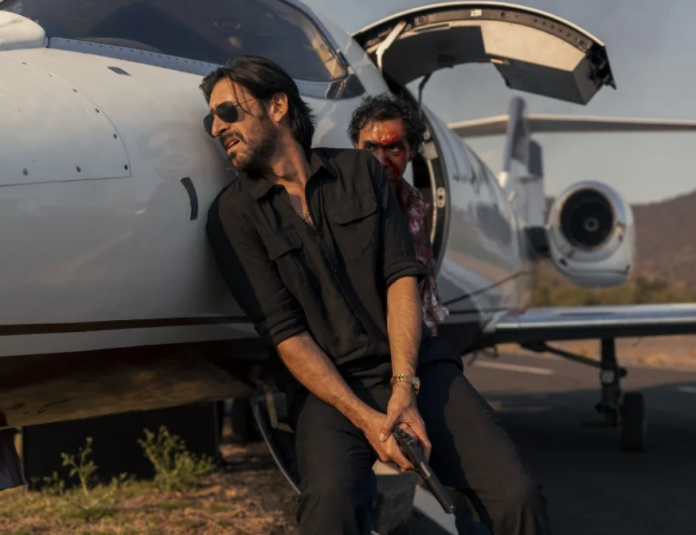 The 3rd and concluding season of Narcos Mexico S3 is out on Netflix. It is final; there will not be a season 4. And for the first time in its history, this new season will have a female narrator.

Narcos Mexico S3 will be a continuation of the original 2 season series that tells the story of the Mexican drug war. Based on the life of real drug lords, including Amando Carrillo Fuente who rises to head the Juarez cartel.

Narcos Mexico had shifted focus from Columbia in the 1990s when Pablo Escobar reigned supreme to Mexico, which had become the epicenter of the international drug trade. The series tracks down the roots of the current drug wars from its origin in the early eighties in Mexico City. It charts the rise of the Guadalajara Carted lid by Felix Gallardo and its subsequent fall.

The first two seasons delve back to a time when the drug trade in Mexico was an obscure confederation of sovereign growers dealers and growers. Gallardo transformed that by putting in place a single plaza system which ultimately led to the rise of the cartels.

Narcos Mexico S3 ends in the mid-90s, but the final season also gives a peek into the beginning of the globalization of the drug trade as we see it today. The show’s co-creator says that they have been able to bring the show to a stage where it makes sense to bring it to a conclusion.

Just before the release of Narcos Mexico S3, Netflix has revealed that the next offering from the Narcos team would be a limited series exclusively on Griselda Blanco, one of the most notorious cocaine drug lords of the 1980s and a key figure in the drug wars in the Miami of the 80s.

With the concluding Narcos Mexico S3, Bernard says they have depicted the end of the 1st generation of the Mexican drug cartels. In its place is a more vicious and chaotic system that is a reflection of the world that we live in.

Stimulus Check: When Will You Get The Delayed Check