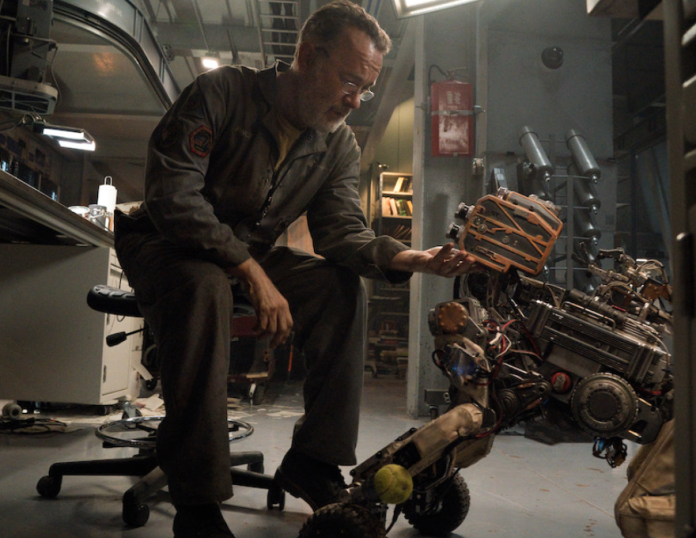 Tom Hanks has portrayed many iconic characters in his remarkable career. Perhaps his greatest ability lies in his ability to take everyday American characters and transform them into icons in their rights. And in doing so he has always managed to retain his individuality. He has both managed to be constantly recognizable, while at the same time being consistently flexible. This duality is an inherent part of Finch, his latest sci-fi movie.

Finch is a post-apocalyptic science fiction drama where the character of Tom Hanks and his dog travel across what once was the United States.

It is a muted and gloomy plot. It seems like the end of the human race and to that end, Finch wants to create a robot for his dog before he dies.

The dystopian world is scary but is softened by Tom Hanks’ instant likability that enhances the devastation of the apocalypse and its aftermaths.

Finch Tries To Create A Companion For Goodyear, His Dog

Finch is set in the near future, a post-apocalyptic era where Finch Weinberg, a robotics engineer, has managed to bring about a routine to his existence. We are gradually let to know that multiple factors including an electronic pulse and the destruction of the ozone layer have finally left most of North America a burning, irradiated desert land.

The movie has decided to remain in the American  Midwest, avoiding the dangers of the East Coast and the South. He moves around in his high-powered construction vehicle. He dons an ancient UV suit as he moves around the building, rummaging for leftover supplies, keeping track of his whereabouts on his map.

By night, he is putting together a robot to give his dog, Goodyear, company.

Finch is at the end of his tether from years of exposure and starvation and he is concerned about his dog’s safety. When Jeff the robot comes to life, Finch proceeds to teach the robot how to survive.

It is a world visited by vicious tornadoes and gigantic sandstorms as the sole survivor, pioneer, and a voice of sanity in a sea of unreasonableness.

NVIDIA Corporation (NVDA) exchanged 500273 shares on hands in most recent trading session and observed an average volume with 55852.87K shares. The...

Is this stock is Attractive? Cazoo Group Ltd (CZOO)

Cazoo Group Ltd (CZOO) acknowledged active focus on shares in the last trading session.The stock disclosed a change of 8.70% and its...

Are You looking For Hot Stock? Eargo, (EAR)

HEXO Corp. (HEXO) traded 448947 shares on hands in most recent trading session and observed an average volume with 8814.61K shares. The...